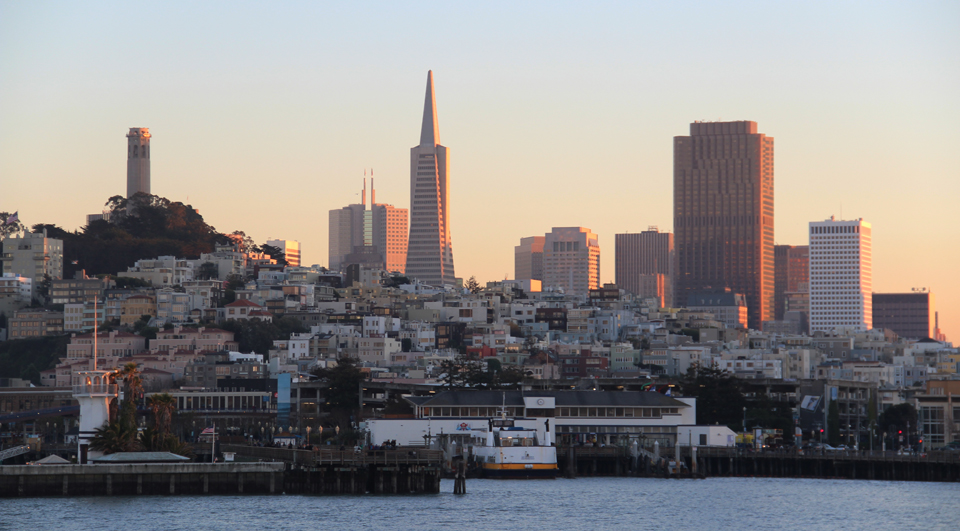 On a nippy winter afternoon, over a cup of hot chocolate, I got a message from a friend of mine, who studies and lives in the UK, saying: “Hey dear, what’ve you been up to?” I then recalled an appointment we made on New Year’s Eve several years ago in London to travel to the US together. “So, why don’t we just make it happen now?” “Yea, why not?! Let’s do it this Christmas holiday!” Thus a winter escape was officially put in my calendar, which involved seven main cities in North America including San Francisco – Los Angeles – Las Vegas – Washington DC – Boston –NYC – Toronto, so San Francisco was where our city-hop trip began. 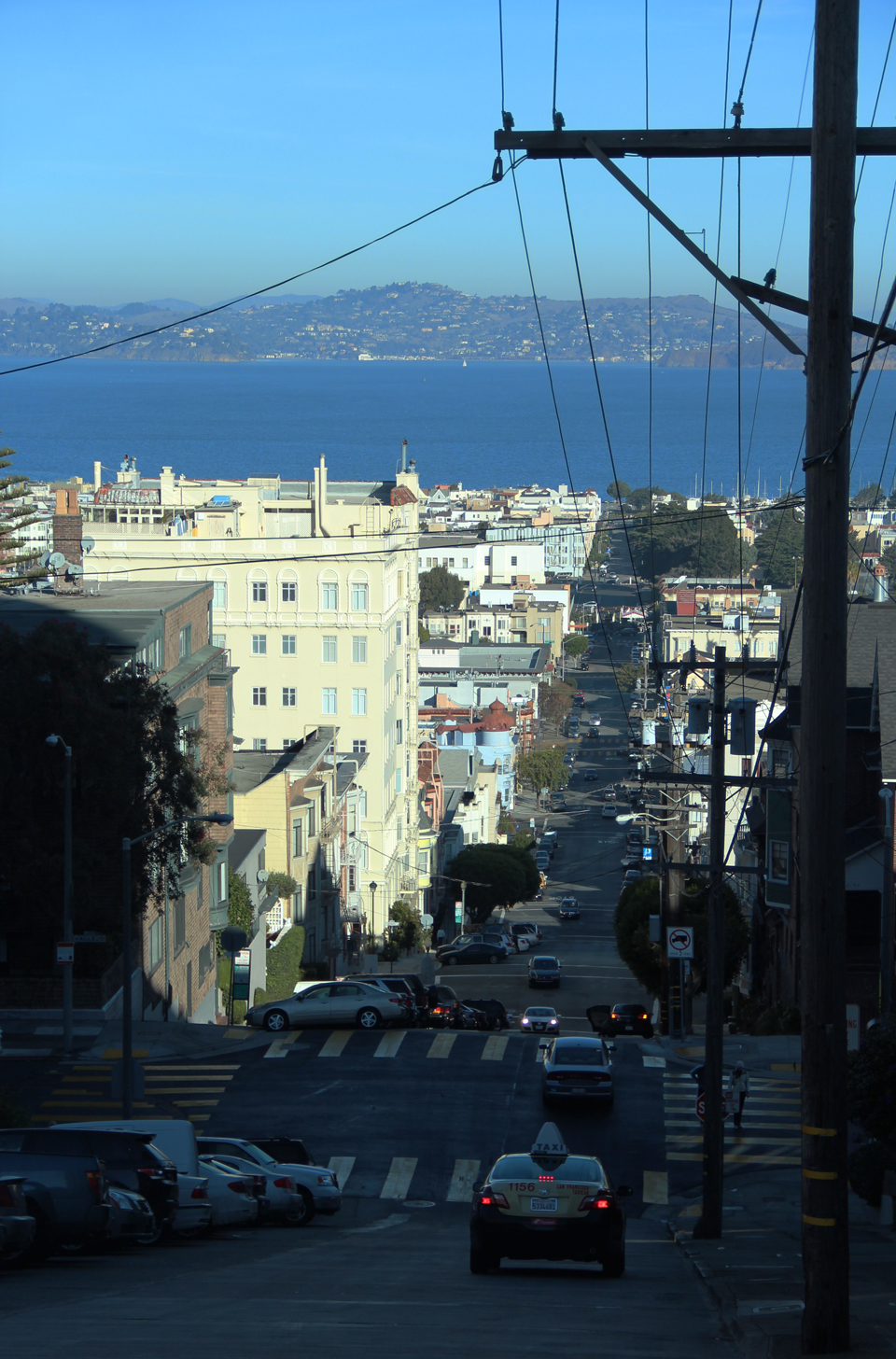 San Francisco really gives me a feeling of breathing fresh air, or is it just the magic of all coastal cities. Unlike the other two main west coast cities of L.A. and Las Vegas we just visited on the trip where there aren’t really many distinguishing icons, San Francisco, on the other hand, has numerous must-see icons, which have become representative of the city and famed around the world, from Golden Bridge to Bay Bridge, from The Painted Ladies to Lombard Street, and sure the famous Fisherman’s Wharf and cable cars all these describe the city accurately and perfectly. 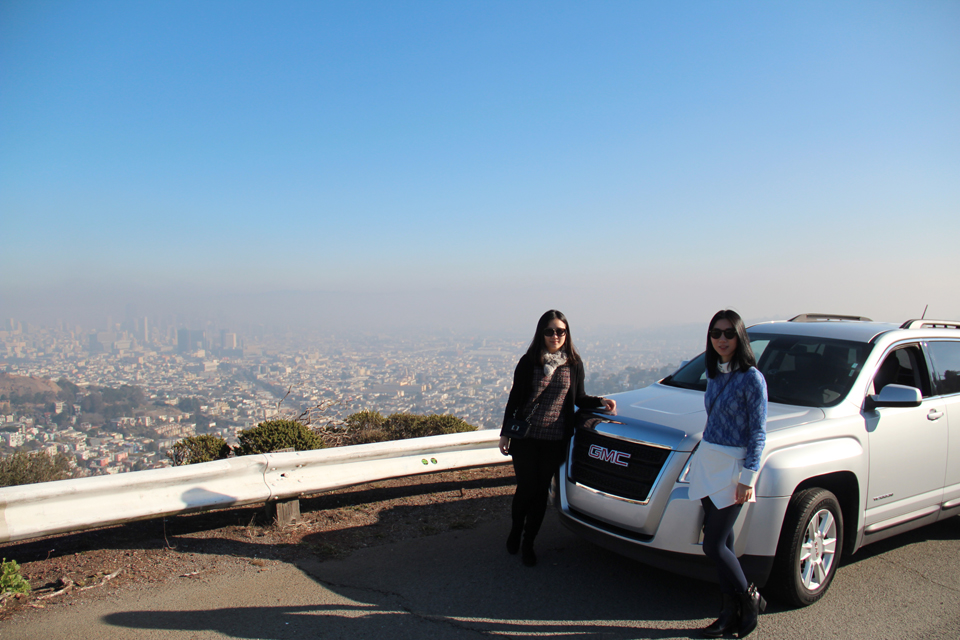 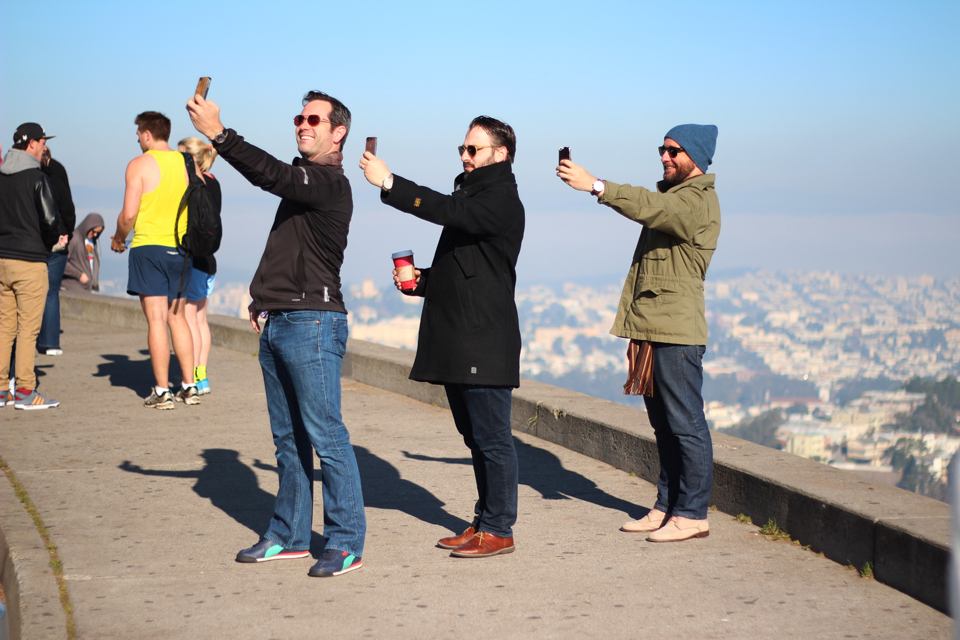 Where to get a panoramec view of SF – Twin Peaks, Telegraph Hill & Treasure Island

The Twin Peaks – Driving up to the peak we were struck by the view of San Francisco even though the day was a bit foggy, which in turn made the view kinda romantic and stunning. We saw three funny guys standing in a row taking photos there, and they said they were trying to create a masterpiece. I wonder what kind of pictures they got at the end? 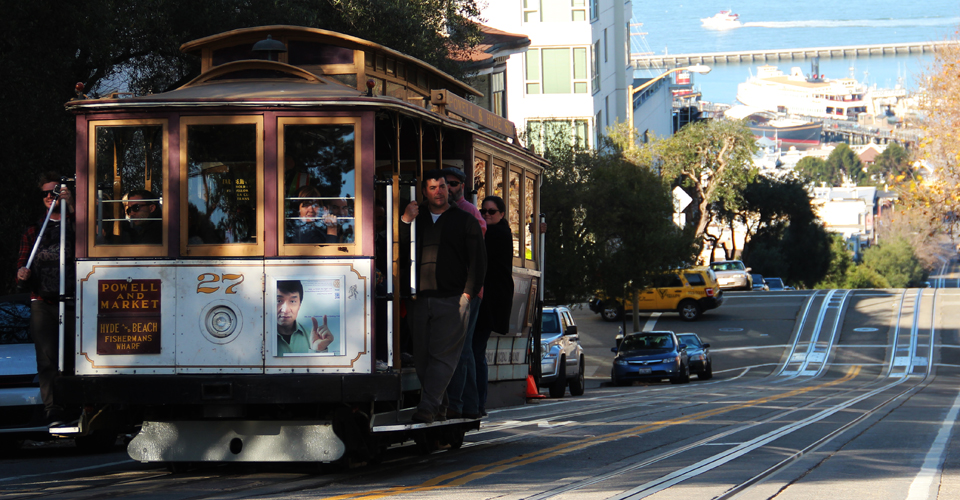 Telegraph Hill – It was great to drive from Telegraph Hill to Russian Hill, and you’ll not only get different breathtaking views of the city, but can also visit some of the top tourist attractions, such as Coit Tower, Filbert Street, Lombard Street and cable cars! 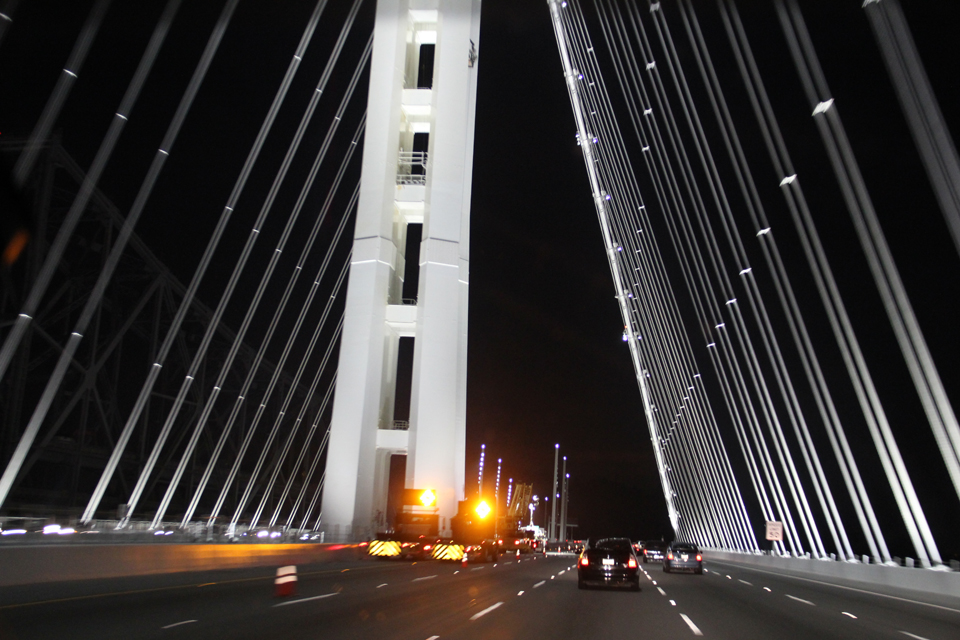 Treasure Island – I have a story to tell: on the night we drove to Treasure Island, how we managed to find it was a mystery. It was a long drive and Treasure Island was an elusive island we could never arrive at. We decided to visit there to get a night view of the city on the first day we arrived. After collecting our hired car and settling in at our hotel, we had a great drive through Bag Bridge to the island, and just followed the GPS app. “We can’t get it wrong” or so the app ensured us. However, when my friend’s iPhone battery ran out and we eventually figured out we were in trouble since the app didn’t work in her iPad due to its being a wifi version, plus I hadn’t downloaded the app on my phone and we left all phone car-chargers and cables in our hotel room! Panic welled up when we realized we had gotten lost on the highlights somewhere near San Francisco. “Wait dear, we’re on the way to St Jose; look at the road sign!” Therefore, we spent the whole night ‘practicing’ our driving skills as a warm-up for our up coming drives between the cities on the west coast. Hah! 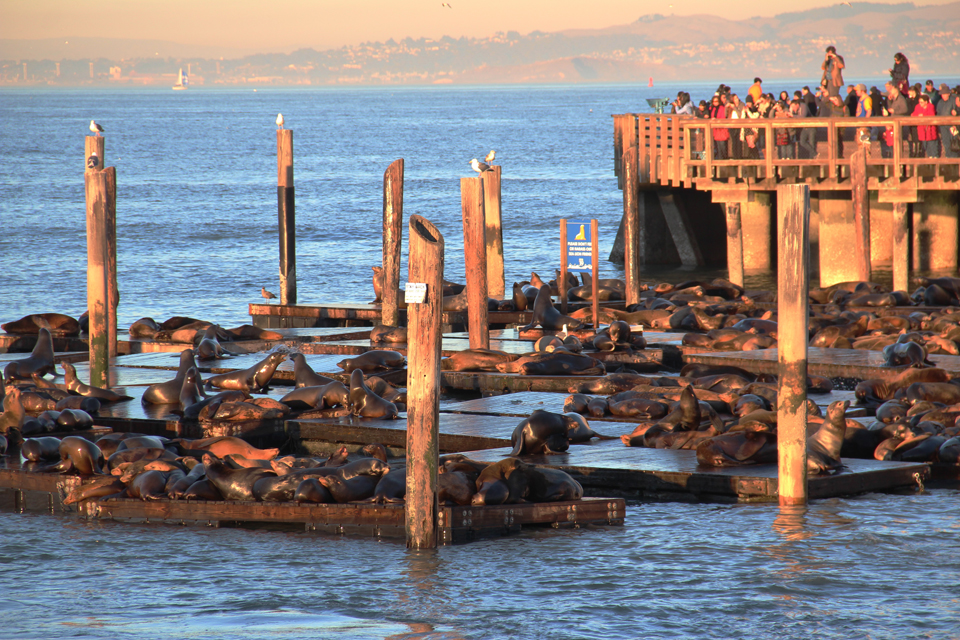 Fisherman’s Wharf offers a wild array of things to do for everyone: Go watch sea lions frolic near Pier 39. // Enjoy a bay cruise under the Golden Gate Bridge. It usually takes 1.30 hours for a cruise, so the perfect time to enjoy a bay cruise is in the late afternoon just before sunset. // You can also take a cruise to Alcatraz island at Pier 33. 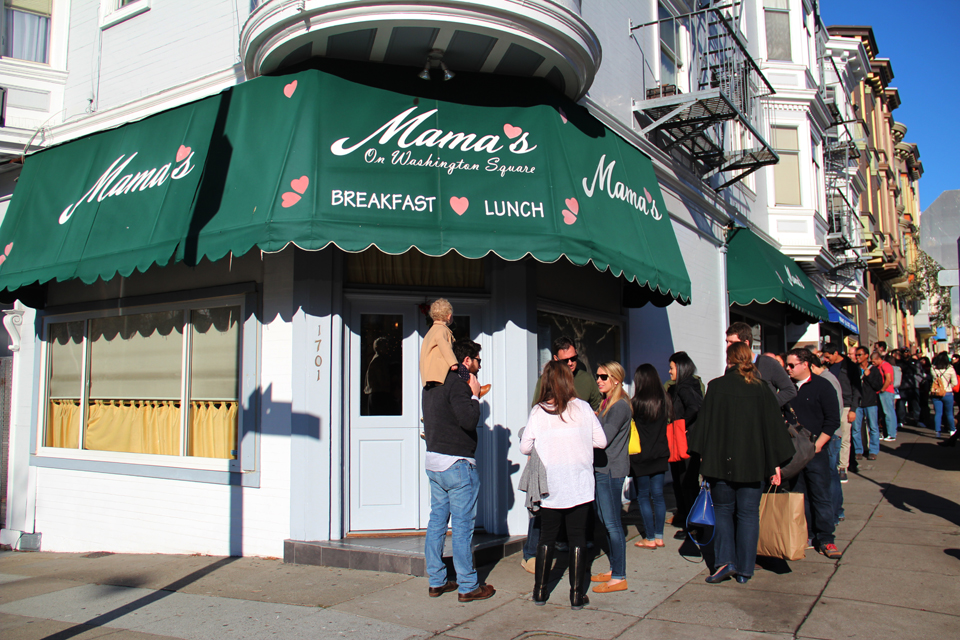 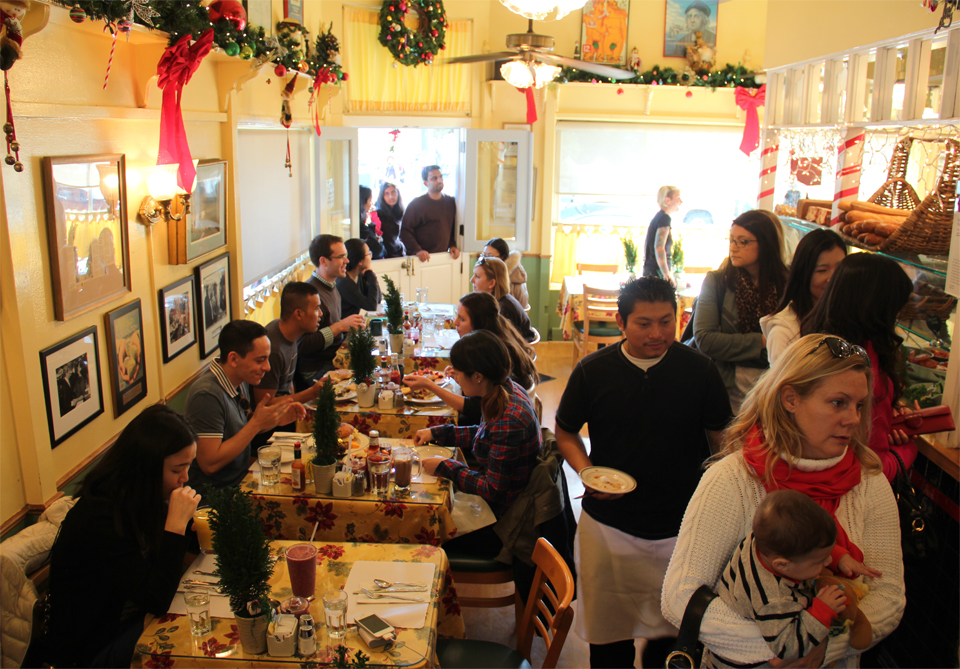 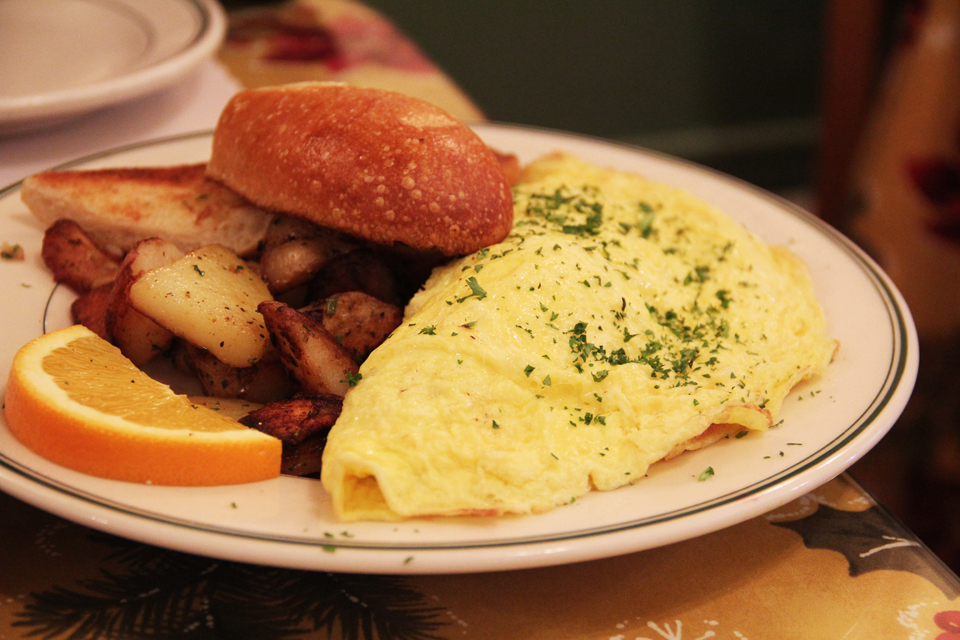 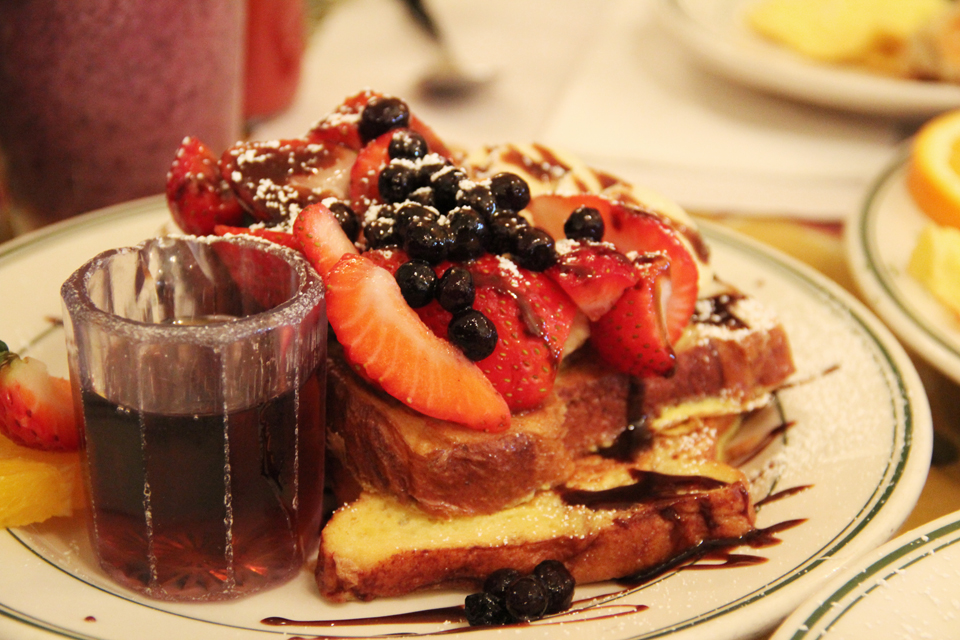 Mama’s – I assume you have heard about Mama’s if you’ve visited San Francisco before. Getting breakfast at Mama’s on Washington Square is one of the 10 must-do’s in SFO as suggested by Time magazine. It was a long queue the morning when we got there, but after we got a table and sat down to enjoy our brunch, we felt the long queue was totally worth it. (RED Closet recommended) 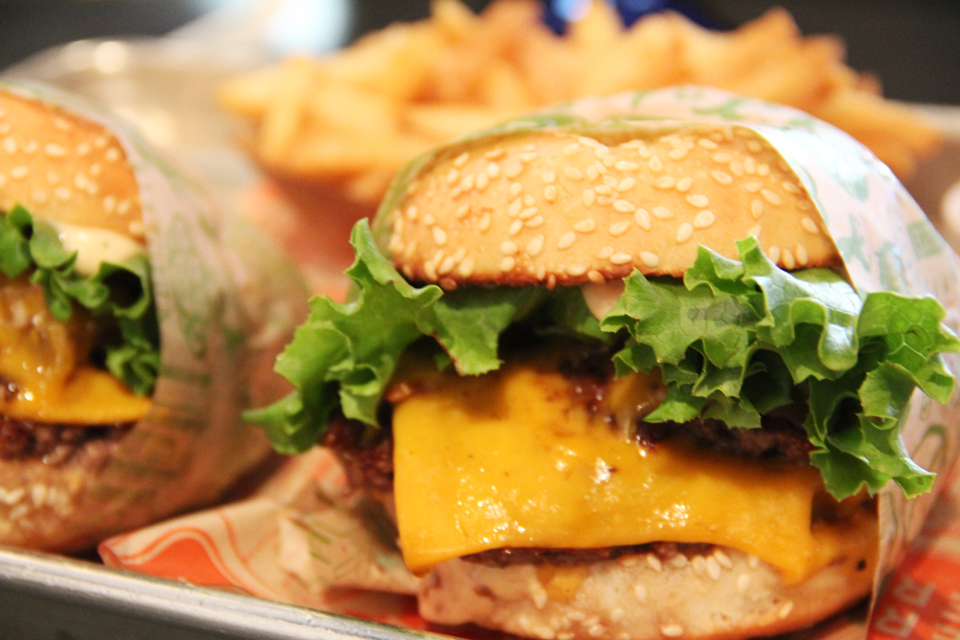 SUPER DUPER Burgers – the burgers don’t seem super big but they will fill you up. Although I’m not a big fun of burgers, but still I wanted to try some real “American food” while I was there. The burgers are quite average for me, though I saw some recommendations about the burgers before we gave it a try. In terms of the portion food in the US, however, they are above my standard. We figured this out after we had a BIG portion Chinese cuisine dinner in Chinatown there, which really freaked us out. 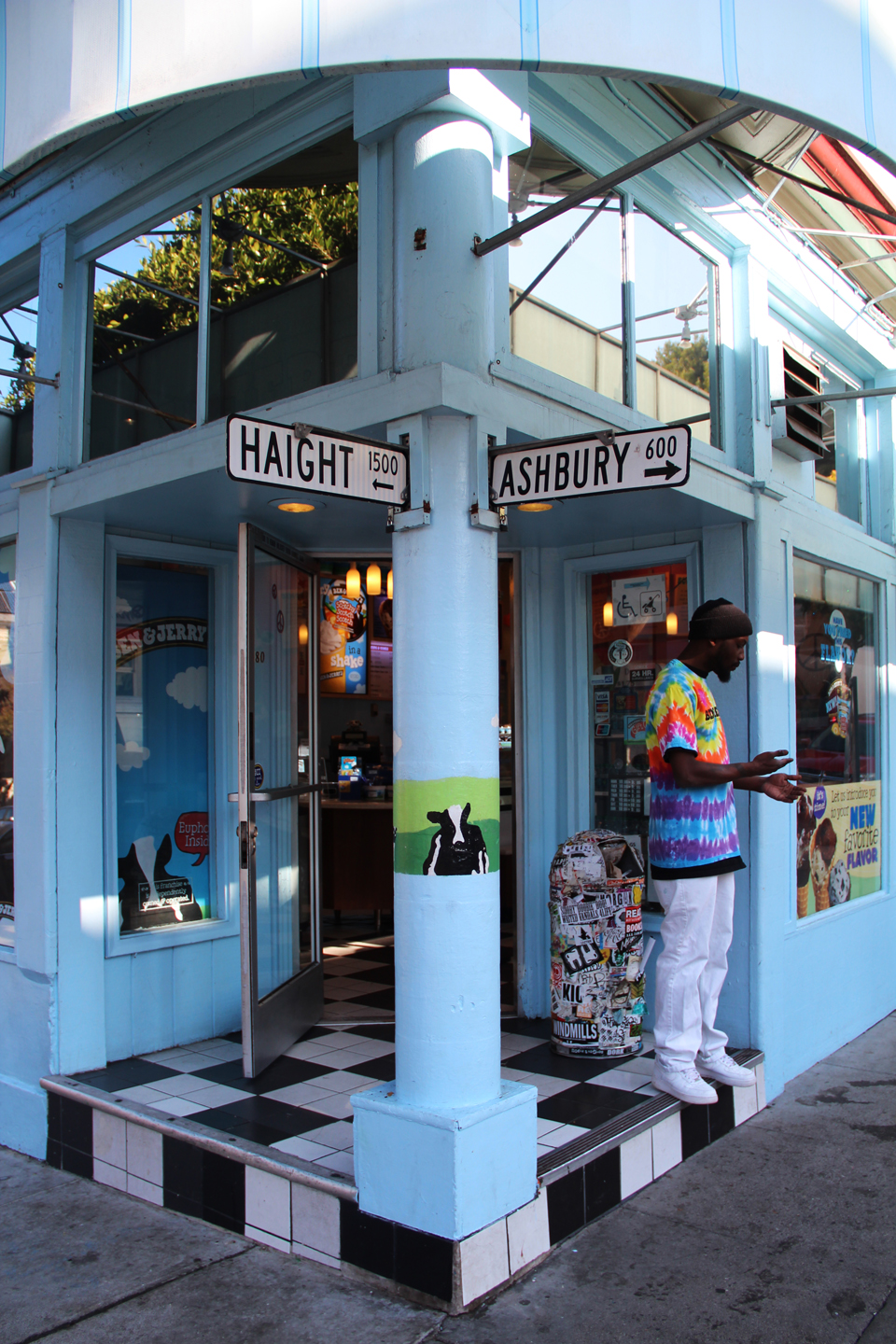 If you’re bored with global kitsch brand shopping downtown and want to shop for something more eclectically stylish and eccentric, especially if you’re quite the fan of hippie culture, then Haight- Ashbury is an area you can’t miss. You can head to The Painted Ladies after visiting there as they’re very close by. 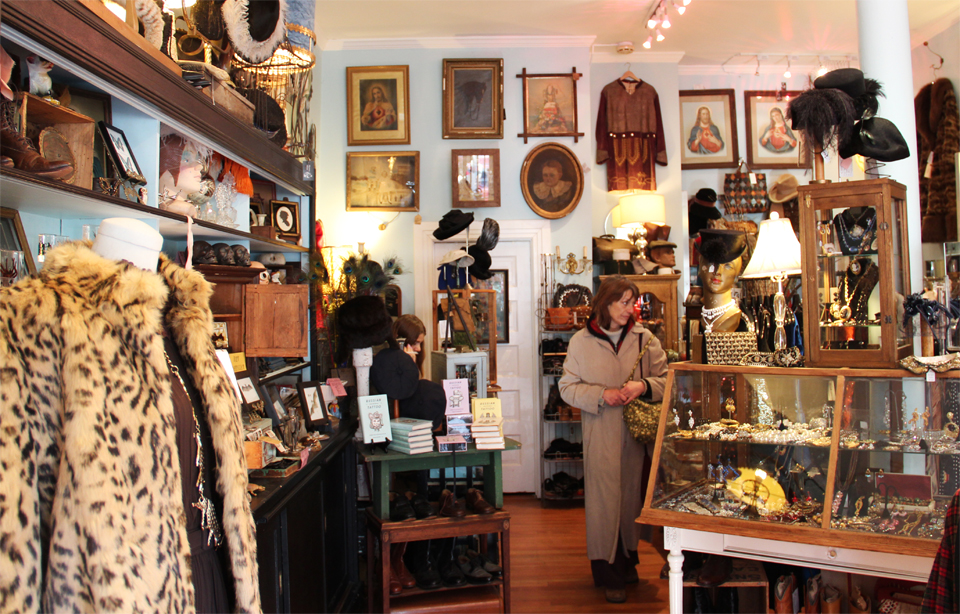 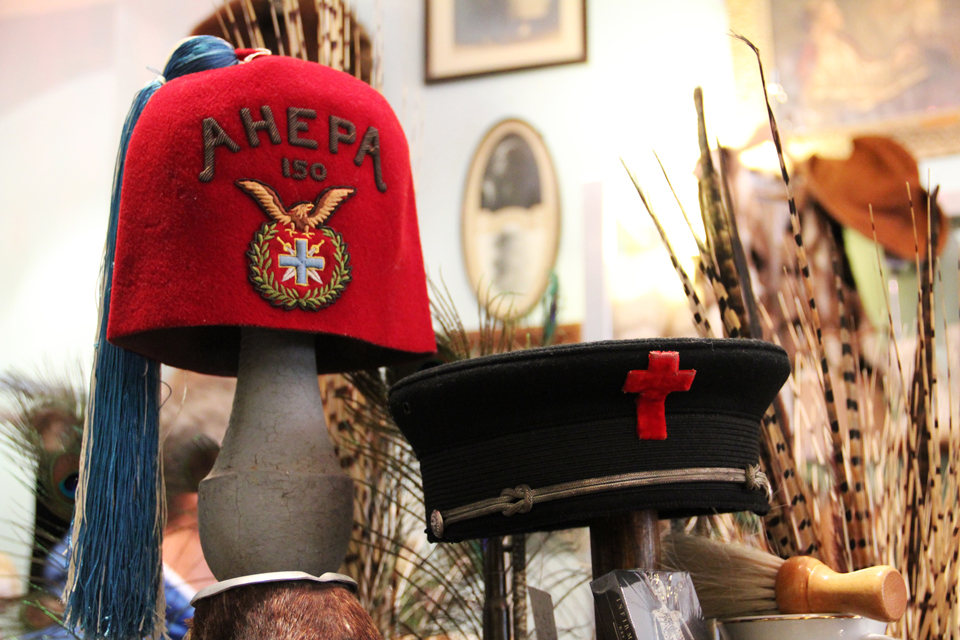 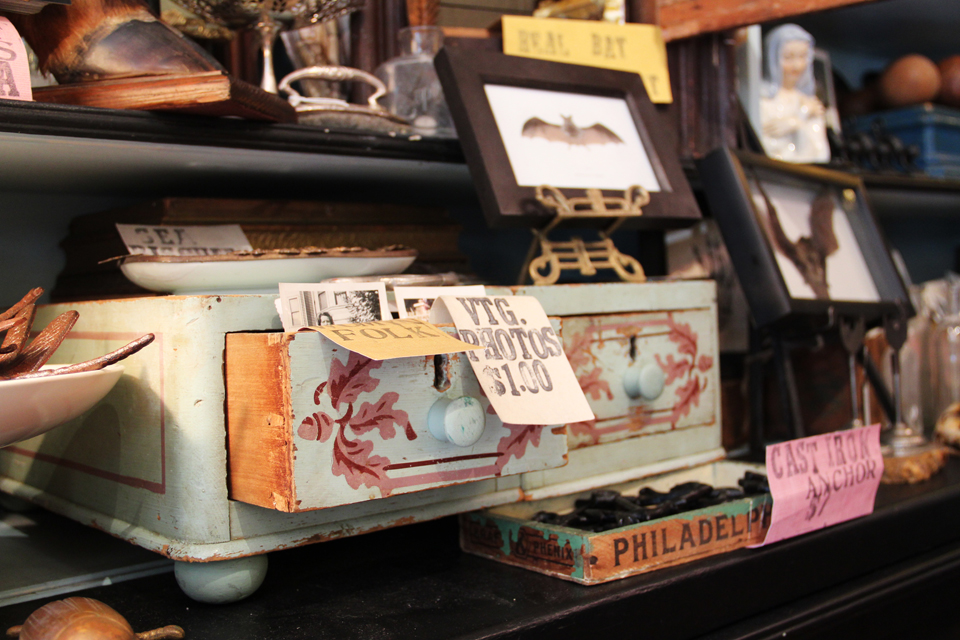 We stayed in Hotel Kabuki in Japantown in San Francisco. The hotel location’s quite convenient and the room was clean and spacious. Furthermore, since it’s located in the centre of Japantown, you can really get good quality Japanese food around there. 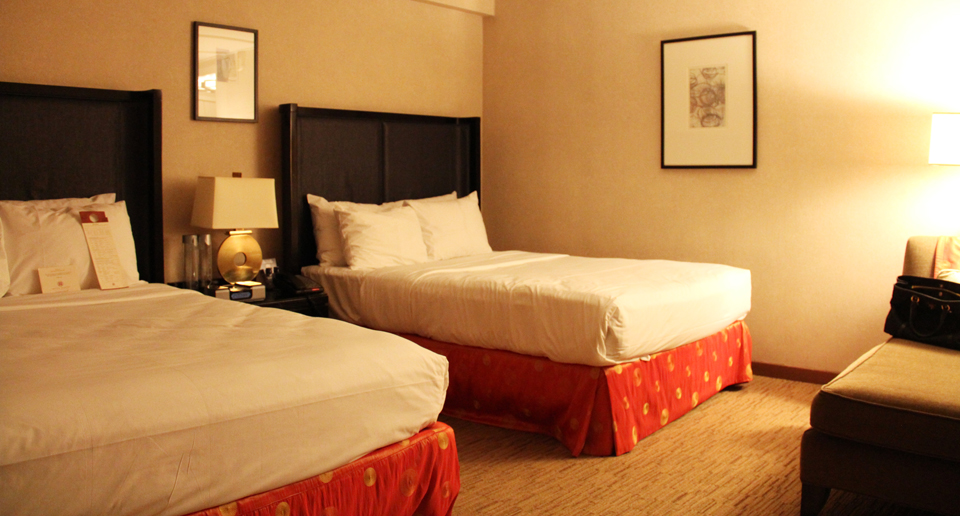