As an Asian girl, I was influenced by Japanese culture – their fashion, cartoons and dramas that were all the rave for me when I was a little girl. Therefore, Japan used to be my mostest favouritest country among other countries in Asia. However, in recent years, things changed – Korea has taken over the “important role” and has become my most favourite country in Asia, not only because of the overwhelming K-pop culture, but also their history, traditional culture, foods, fashion and nature landscapes. 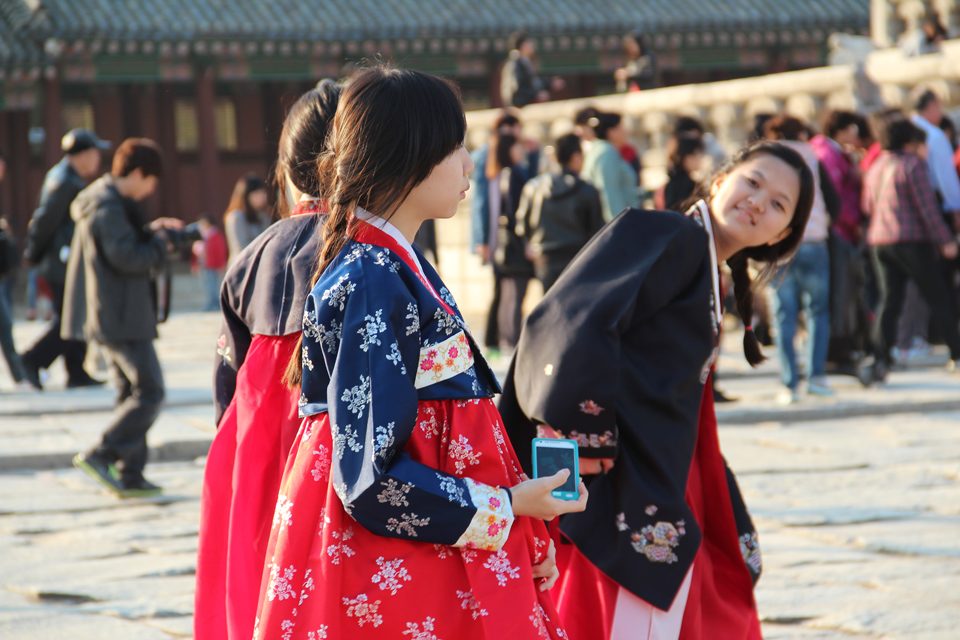 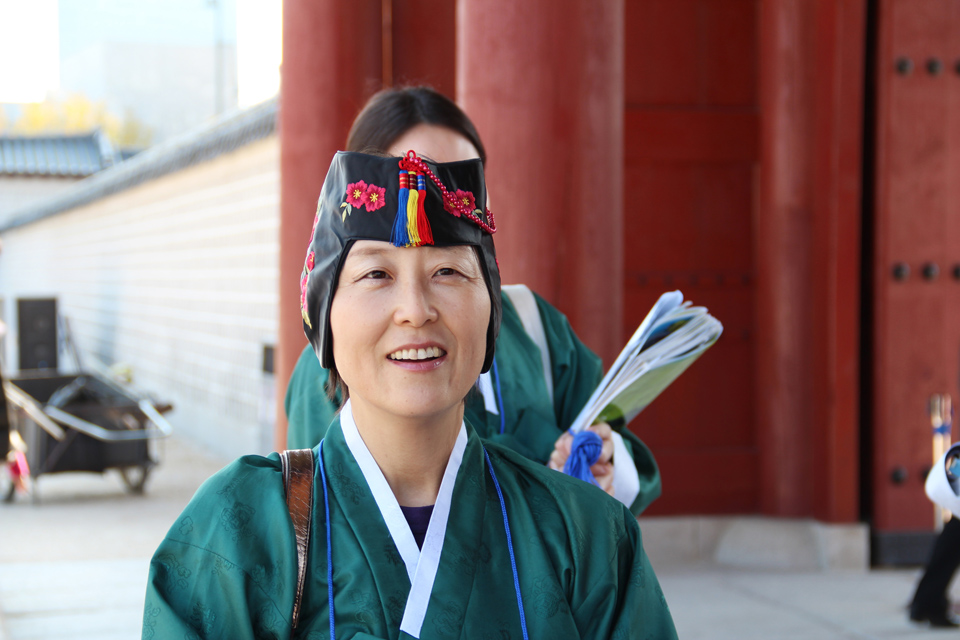 If we have to choose a season to represent an Asian country, I would say spring is definitely for Japan due to the Sakura season; summer is for the majority of South-east Asian countries; and for a typical autumn, no doubt, you should experience Korea where you will be amazed by the incandescent autumn colours: red maple tree leaves, yellow ginkgo tree leaves, the mountains, and the people who are dressed in a traditional Korean costume. That’s the best time of the year in Korea, so I visited in the beginning of November last year for the maroon maple leaves and meeting up with my Korean friends. 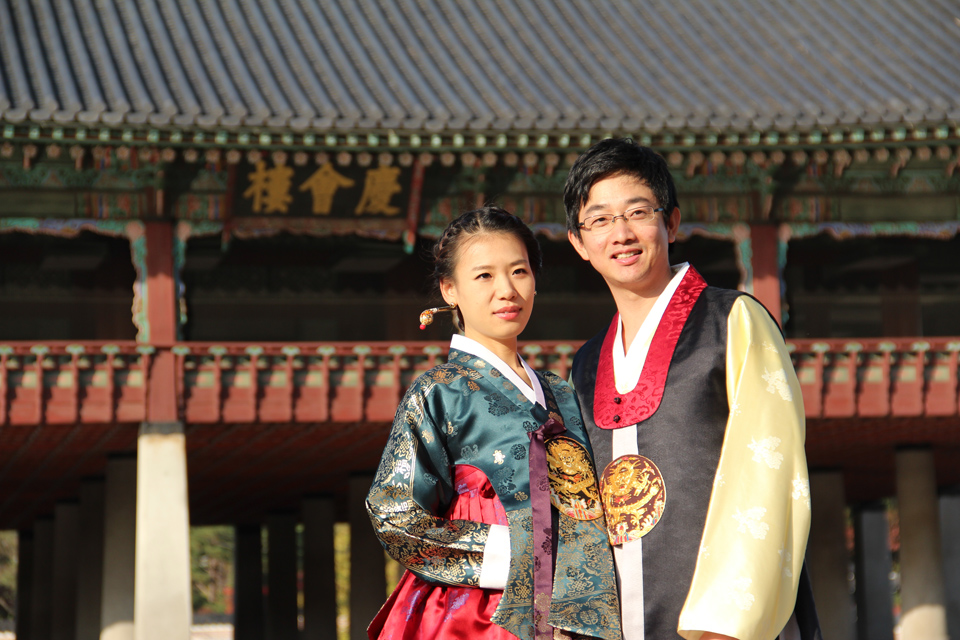 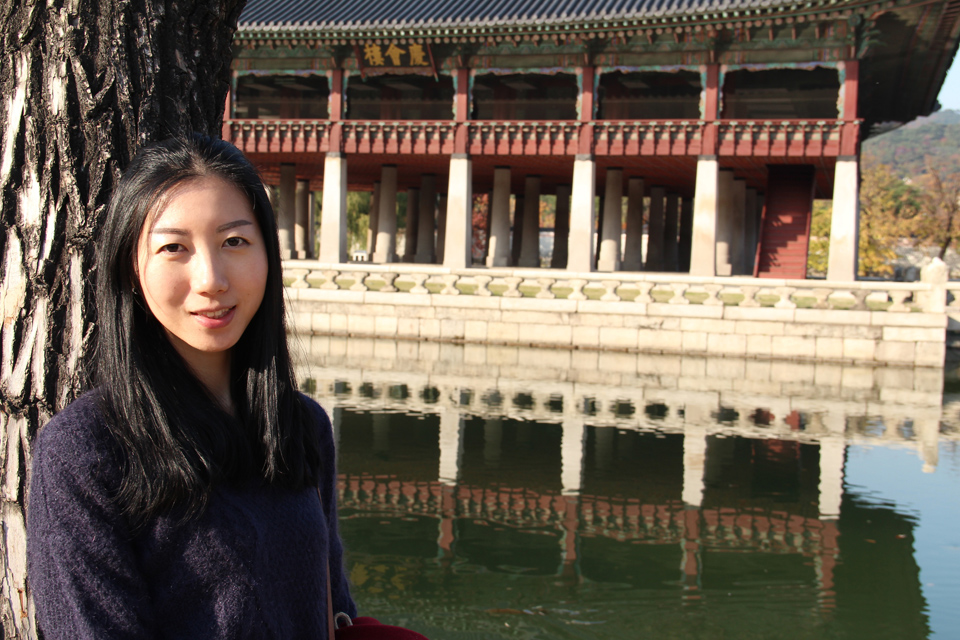 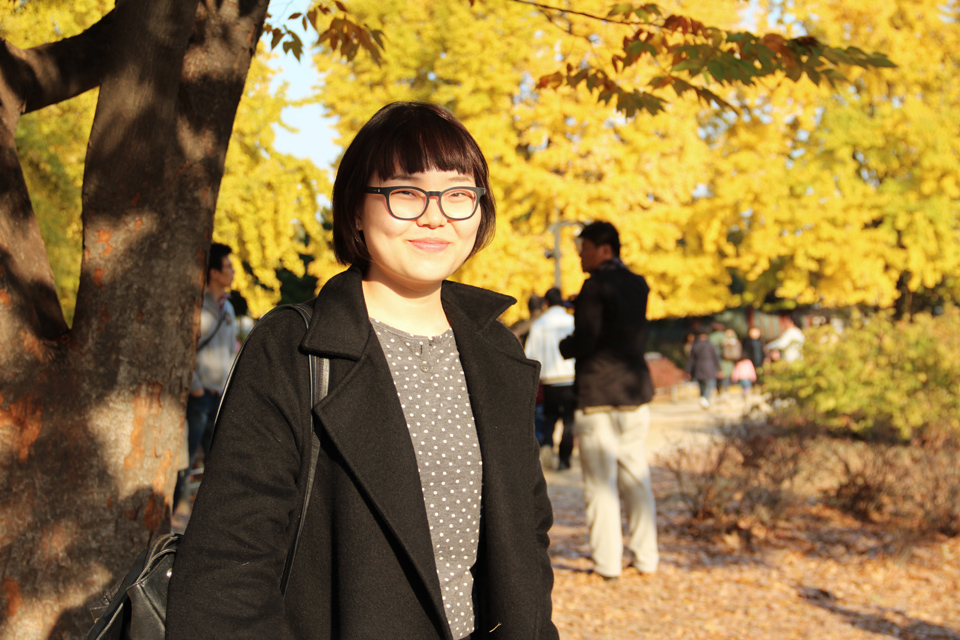 It was a long queue for buying a ticket to get inside the palace, probably due to the day I visited was Saturday, and it’s one of the most attractive sites in Seoul for sure. It cost 3,000 Won (around 22 HKD) for an entrance ticket. There are numerous of maple trees and ginkgo trees inside and around the palace, which made the Palace look rather stunning and full of vitality. 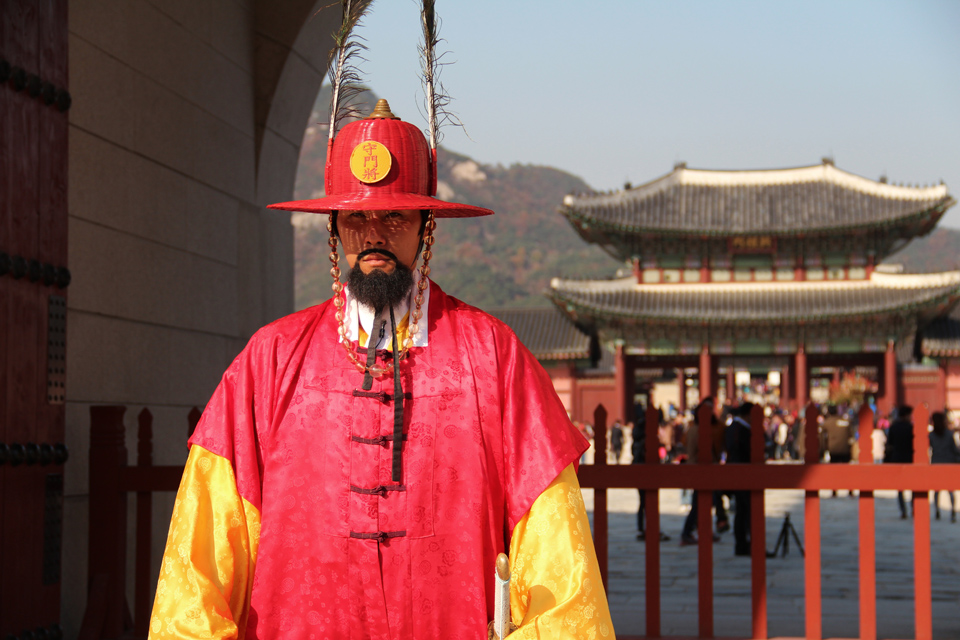 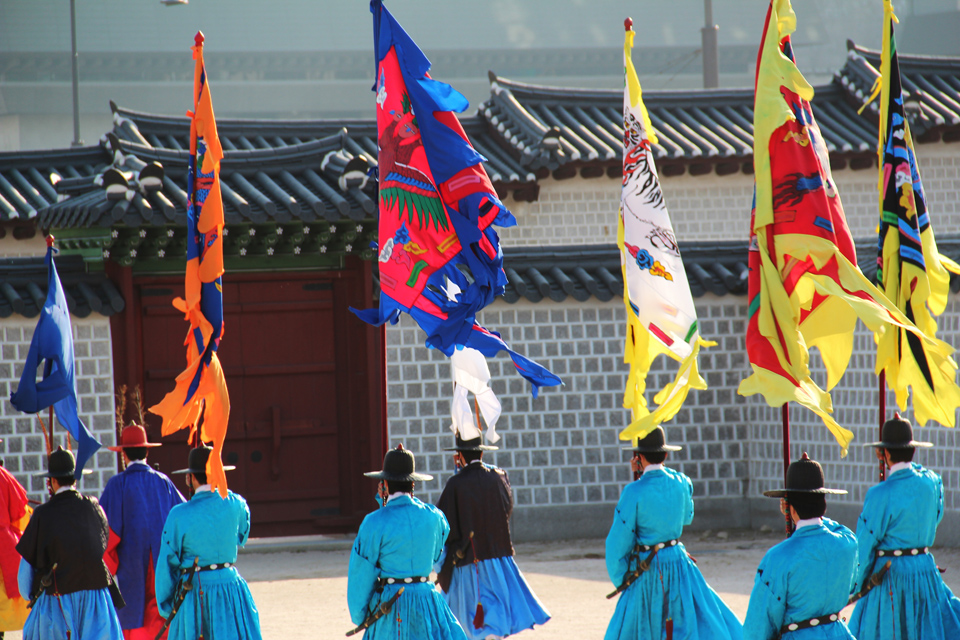 The Changing of the Royal Guard

“The reenactment of the Changing of the Royal Guard and the Patrol Ritual are performed every day between 10 a.m. and 3 p.m. in front of Heungnyemun (Gate). The guardsmen perform several ceremonies including the opening and closing of the royal palace gate and the changing of the guard. The reenactment is followed by the Patrol Ritual in front of Heungnyemun, allowing for plenty of time for photographers to capture the event.”

Really, it was quite a boor, but if you’re there, might as well… 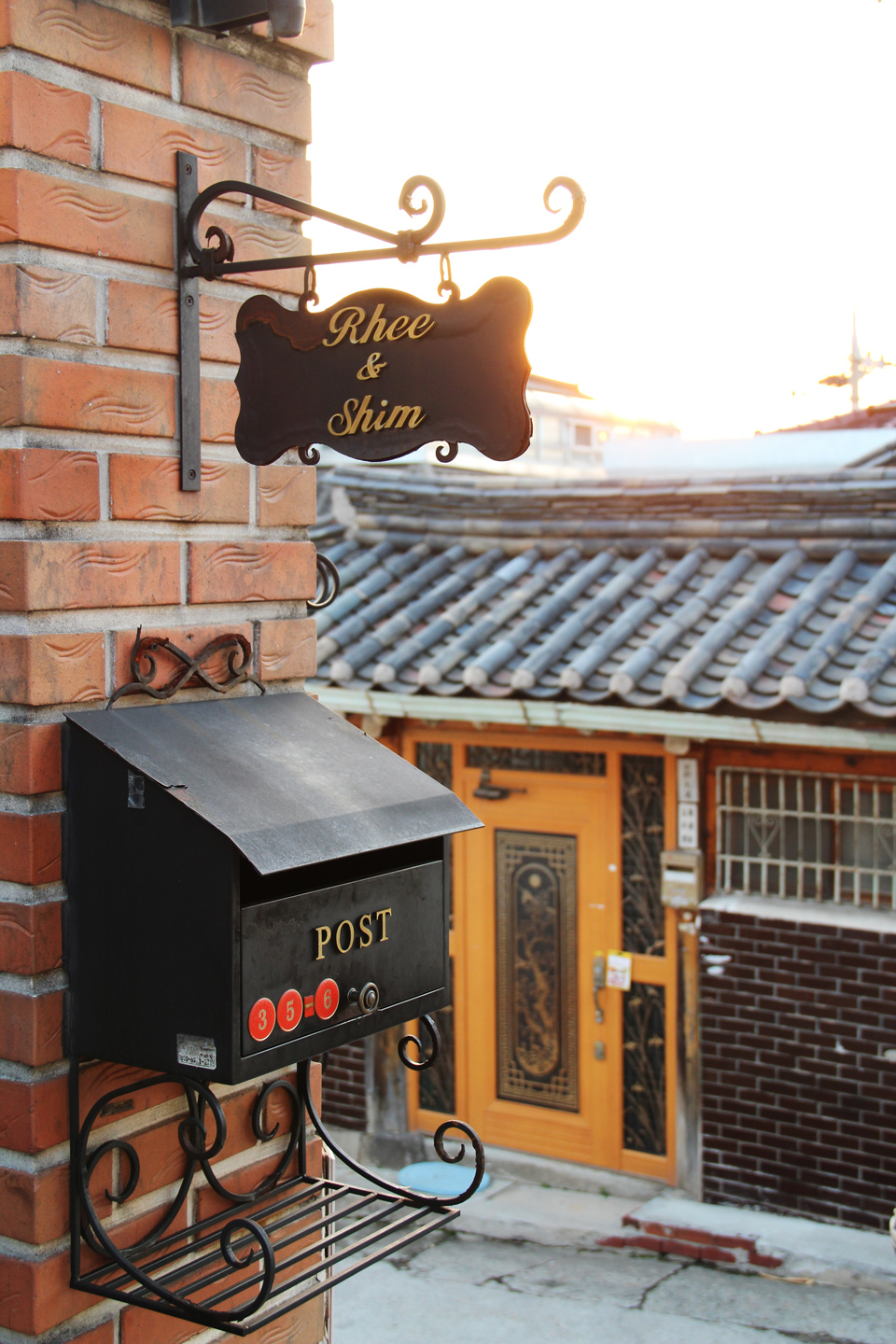 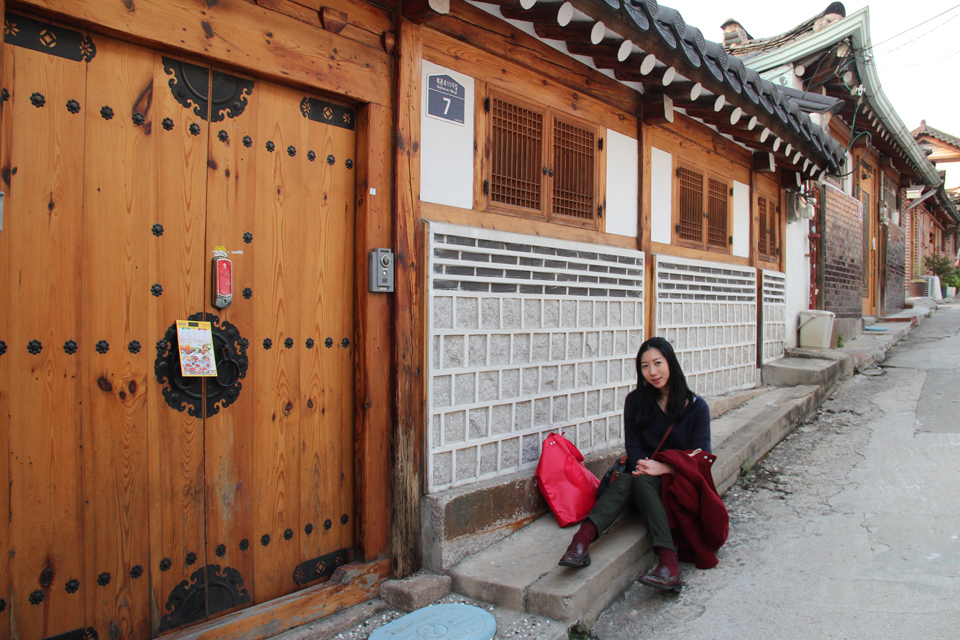 Many Korean traditional houses are in this area, which is a great place to experience Korean culture. Unlike other folk villages, Bukchon Hanok Village is not meant to be a tourist attraction. It’s a residential area where people actually live. Bukchon Hanok Village has become a cultural and art centre in Seoul, where you can find some recently-opened hanok galleries, crafts workshops as well as restaurants inside the village. 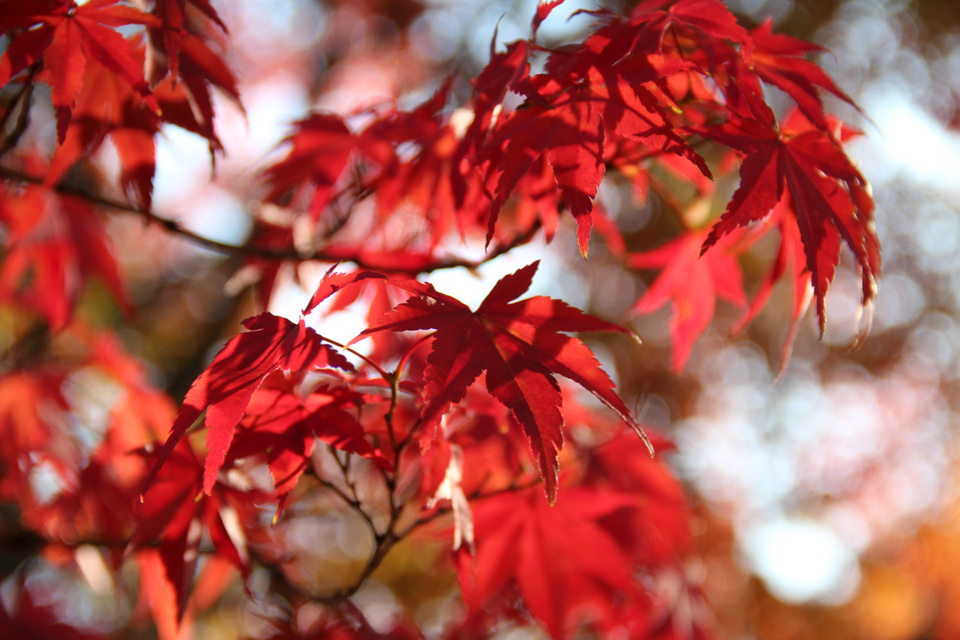 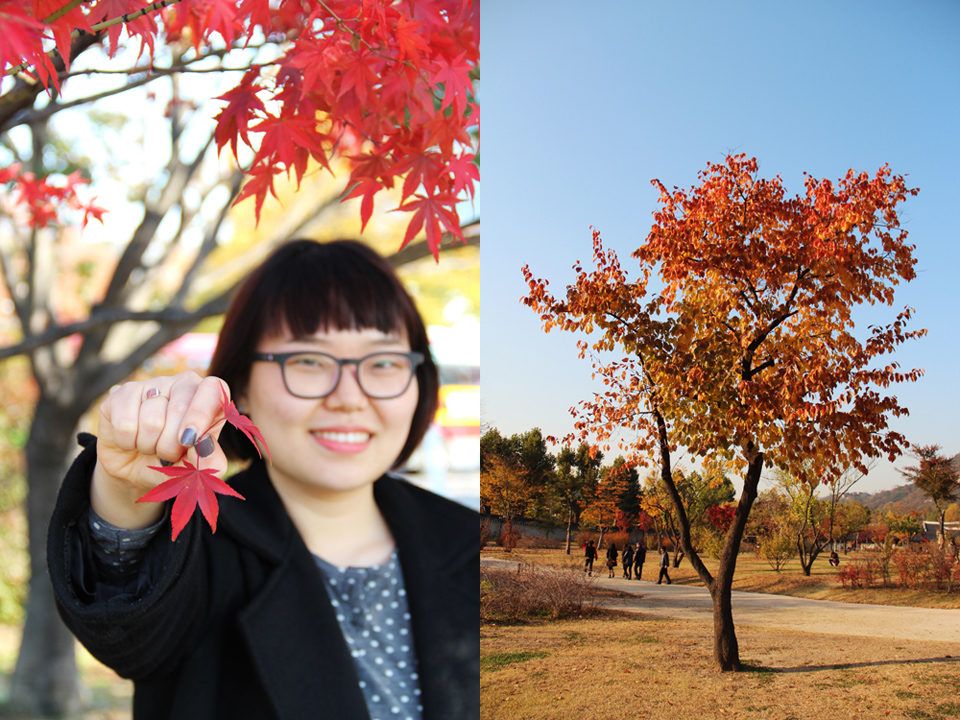 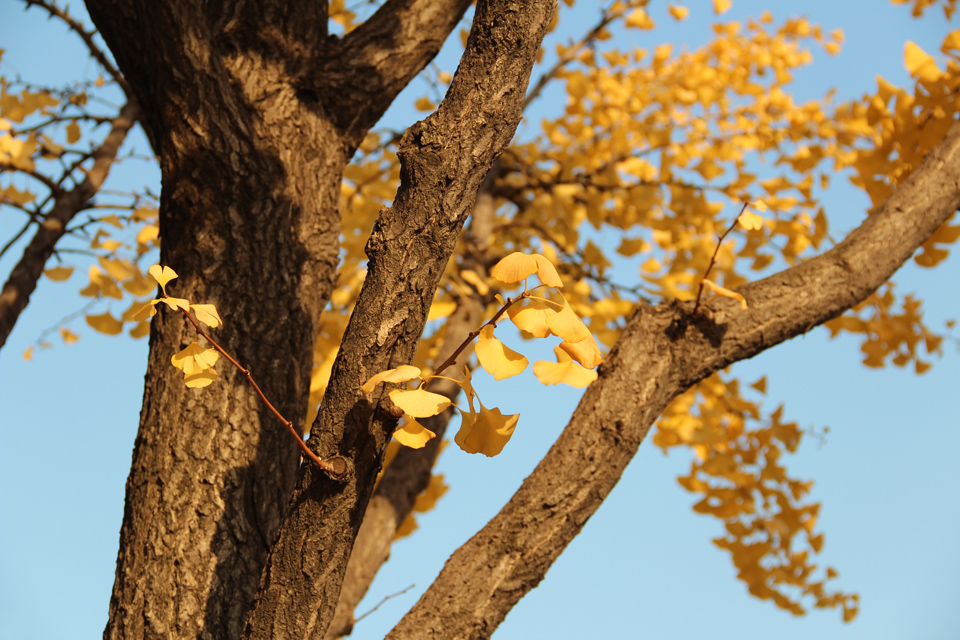 Due to the season, the soul of Seoul in autumn is the scenery of red maple and yellow ginkgo leaves spread everywhere at the sides of streets and inside the parks. Sometimes, words are powerless when you try to use them to describe how rhapsodic the scenery is, and while pictures may say a thousand words, there’s really nothing like being there for yourself; it’s the difference between reading about chocolate ice cream, seeing a photo of chocolate ice cream, or eating chocolate ice cream yourself – that’s why I prefer to use pictures to record my journey rather than words. As time goes by, every time I look at the pictures, I am once again transported back to that time and place and everything appears before my eyes vividly. 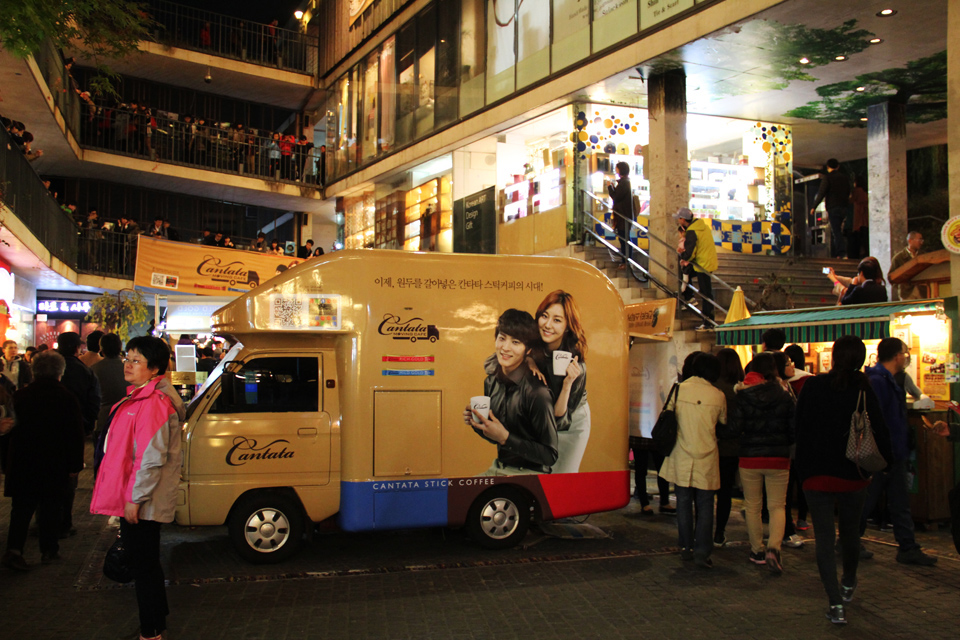 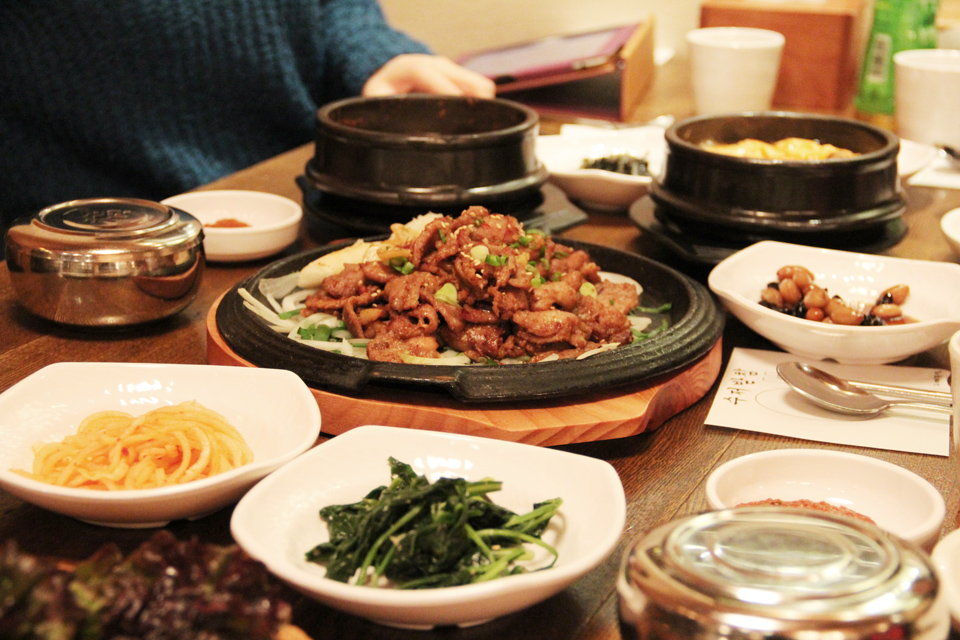 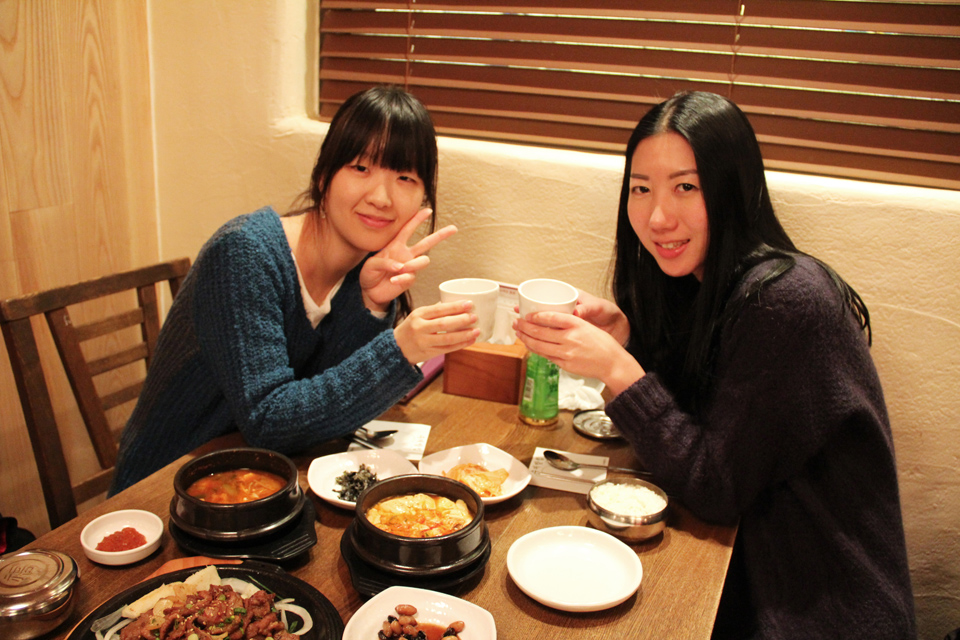 Being a big fan of Korea, naturally Korean cuisine is a part of it, thus trying traditional Korean foods was a must when I was there. Ok, I’m a big fan of almost any cuisine, not all, but I’m a foodie obviously. “When in Rome, do as the Romans do.” which is the basic principle for me when travelling. My Korean friends brought me to a nice Korean restaurant at Insa-dong / 인사동 / 仁寺洞. It was great to catch up with some friends while travelling since everyone is normally busy at work and doesn’t have time to meet up, especially, when we live in different cities. 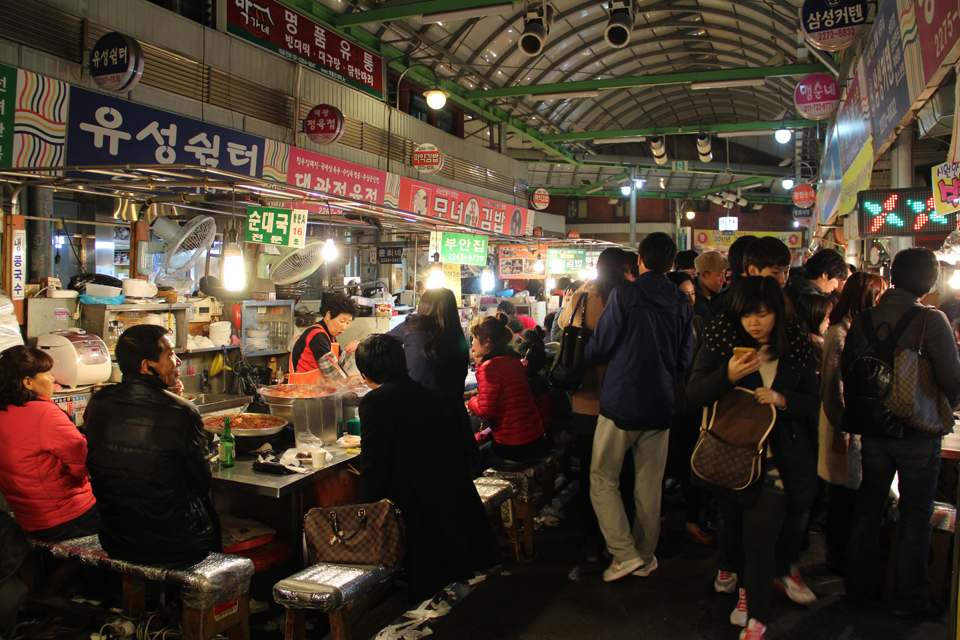 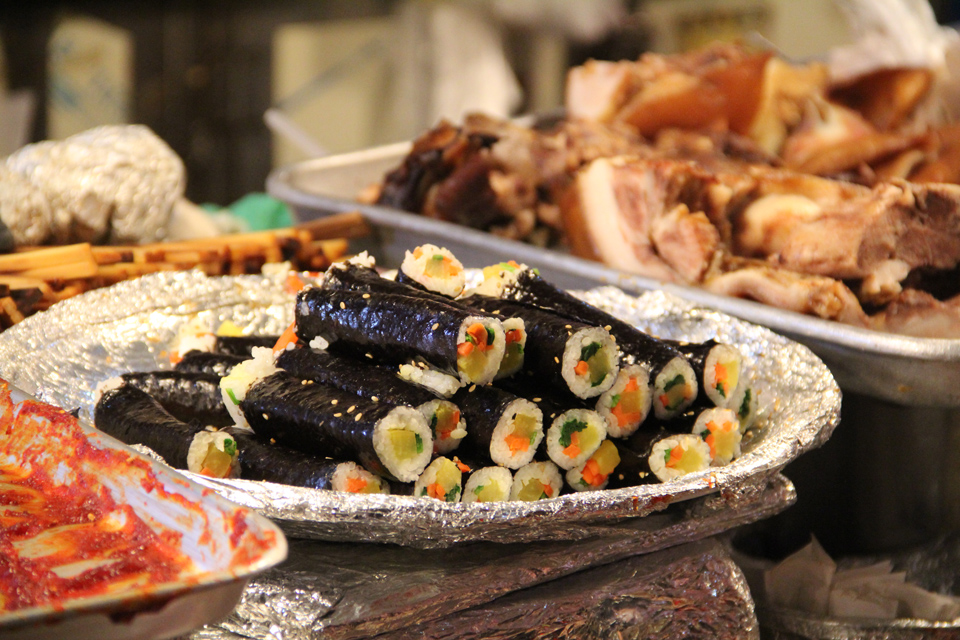 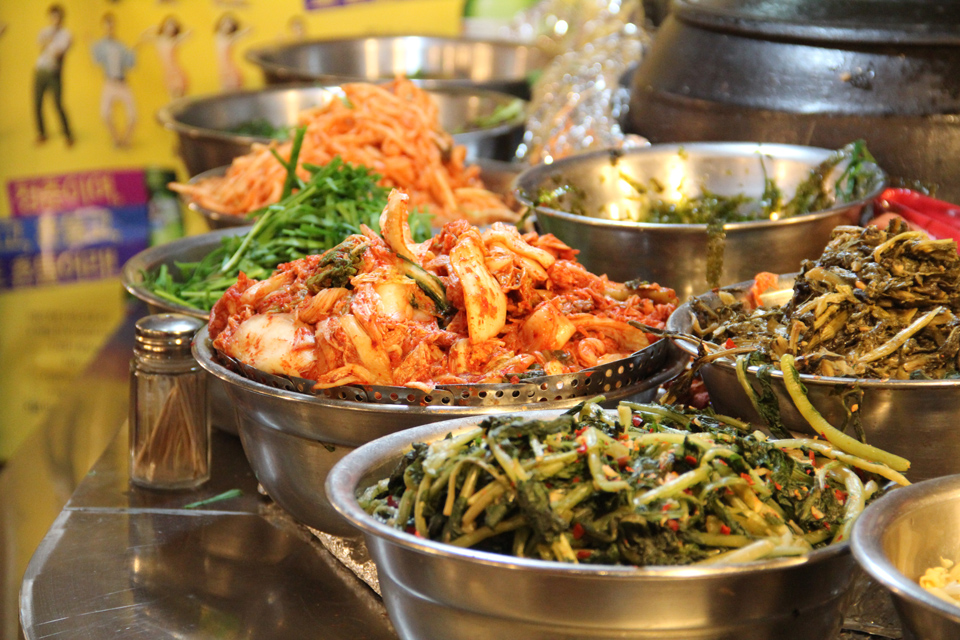 Also, you can head to the famous market Kwangjang Market / 광장시장/ 廣藏市場, where you can find some daily articles and traditional Korean snacks, and the prices are on average lower than in the supermarket. More importantly, you can try traditional Korean dishes as much as you want in the market. I heard that “Green bean pancake” is a must-try there but we didn’t have a try, since we just had a big dinner before going there. Another must-visit commercial district and traditional market is Tongdaemun / 동대문시장 / 東大門 which is super close to Kwangjang market. 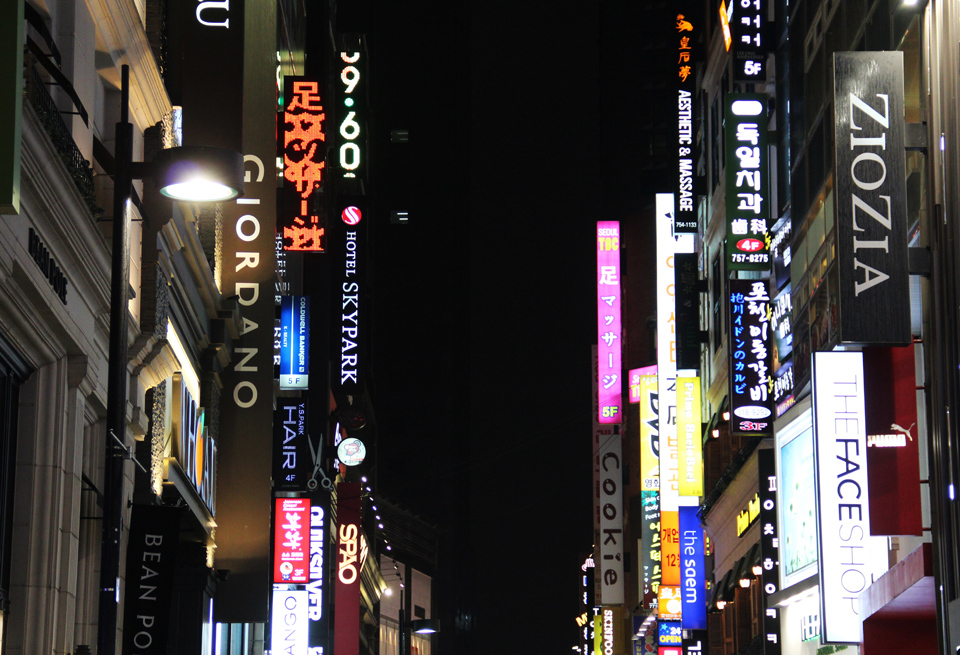 Seoul is definitely one of the top shopping cities in Asia. There are many shopping areas and centres throughout the city, such as fashionable and trendy shopping areas in downtown Myeong-doing / 명동/ 明洞, where you can find almost all Korean local skincare and clothing brands as well as international brands. If you want to shop for some luxurious products, you can go to Cheongdam-dong/ 청담동/ 淸潭洞 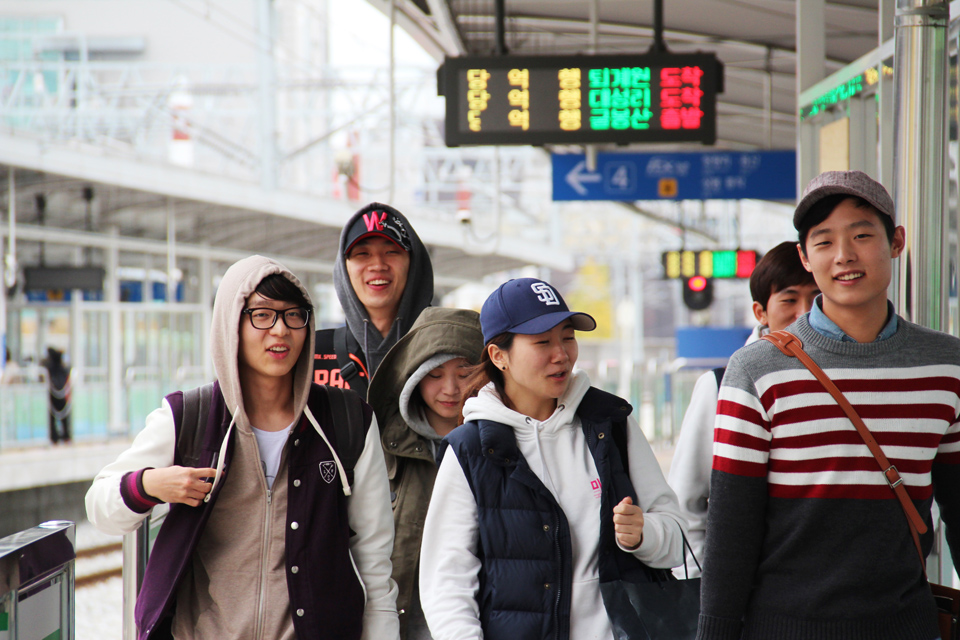 The picture above was snapped when I was waiting for a train to Namisum. I love it a lot; it really reflects nowadays ‘progressive’ youngsters’ lifestyle in the city, and is a sharp contrast from their previous generation and traditional culture. Is globalisation a good thing? The apple has fallen very far from the tree, indeed!