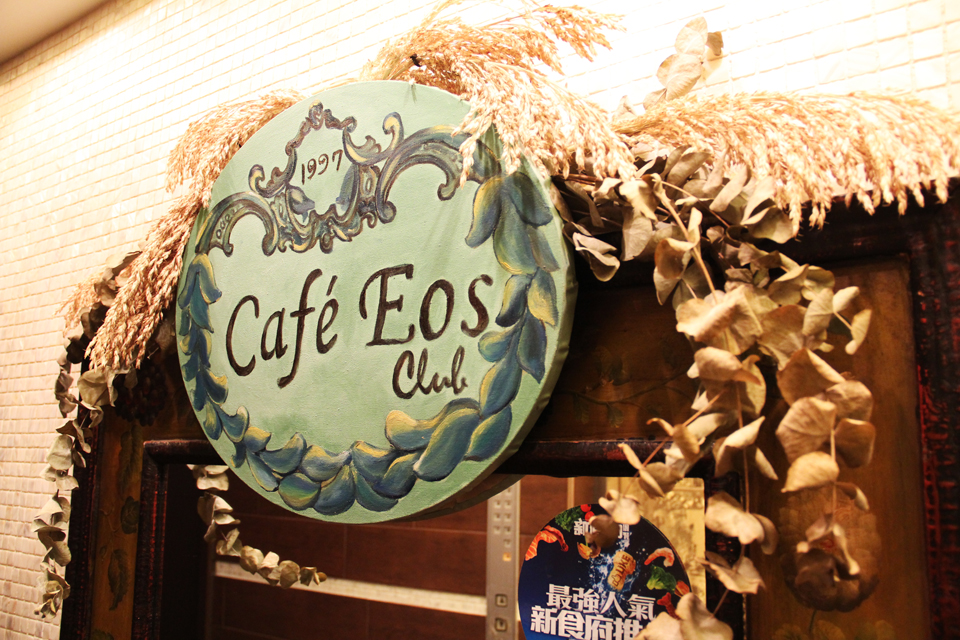 Just like you, I always wonder where to go to spend a slothful Sunday afternoon when shopping malls and streets are crawling with people, even those “popular” global brand coffee houses like Starbucks which are supposed to be a quiet place that enables you to have a long chat with friends or spend time with oneself, but in fact is full of people who are also futilely seeking a peaceful place to refresh themselves before their next round of a scheduled week. However, it is “impossible” to find moment’s repose in a city like Hong Kong of unlimited population and limited land, particularly in Causeway Bay which is one of the most densely populated areas on the planet. Nonetheless, by some miracle I found a secluded café that fulfills all your needs for a deliciously languorous Sunday afternoon. 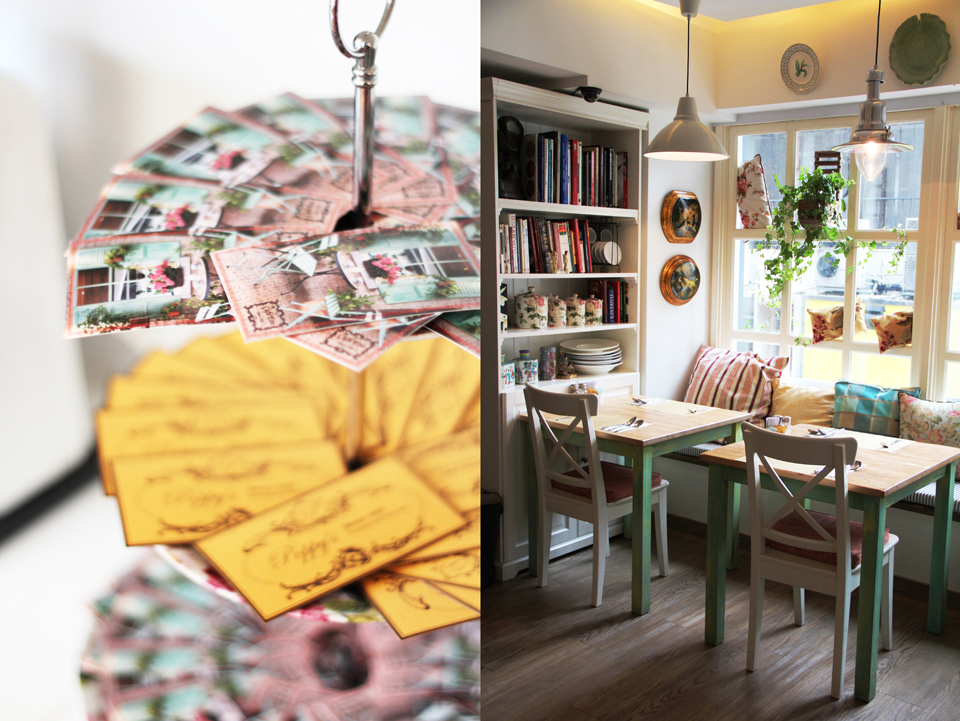 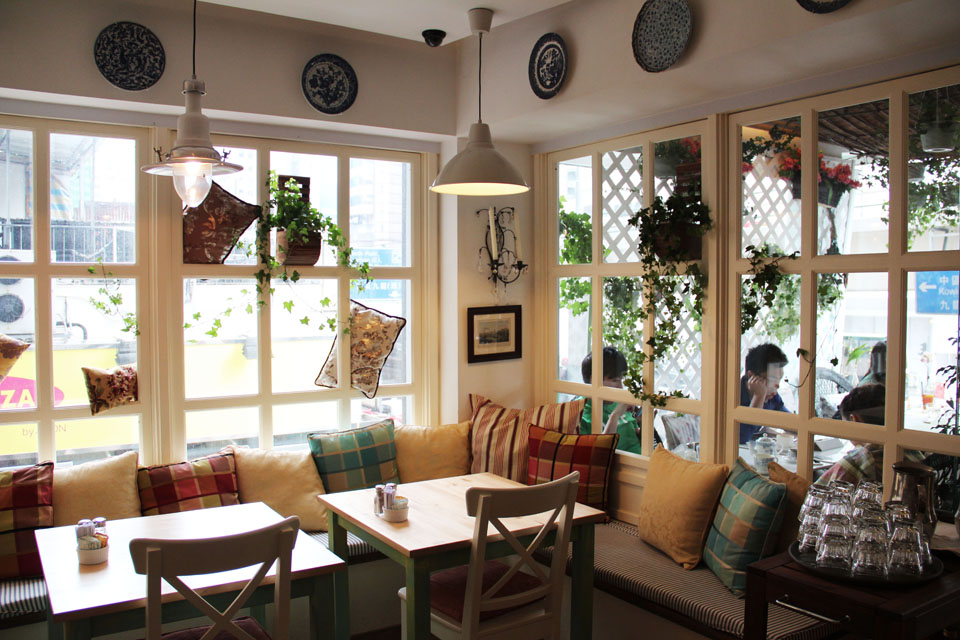 It was a bit difficult to find the location when I first went there since it is really quite hidden. It was a dreamy Sunday afternoon and I just wanted to lackadaisically spend time with myself since the past April didn’t treat me well, my full-time job driving me relentlessly the entire month causing me to be fed up with meeting and talking to people. When I fell into Café Eos Club fresh from the busiest shopping mall Times Square – it is just like if you suddenly jumped from the city centre to the Arcadian countryside in only the blink of an eye – what greets the eye is a fully British country style decorated restaurant. What a contrast! White, yellow and floral prints as the colour theme for the café, without doubt, is always the favourite decoration for girls. 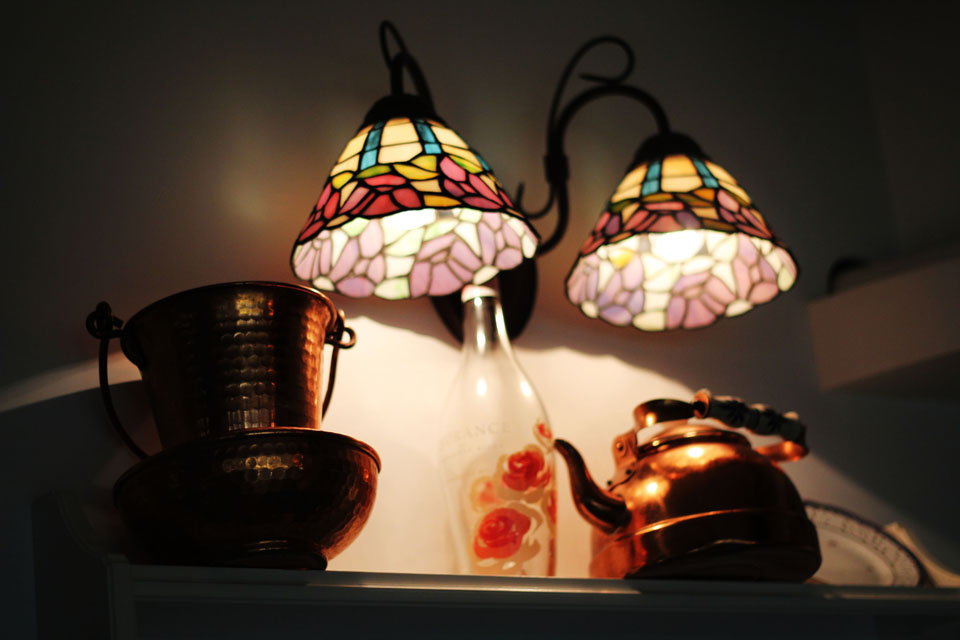 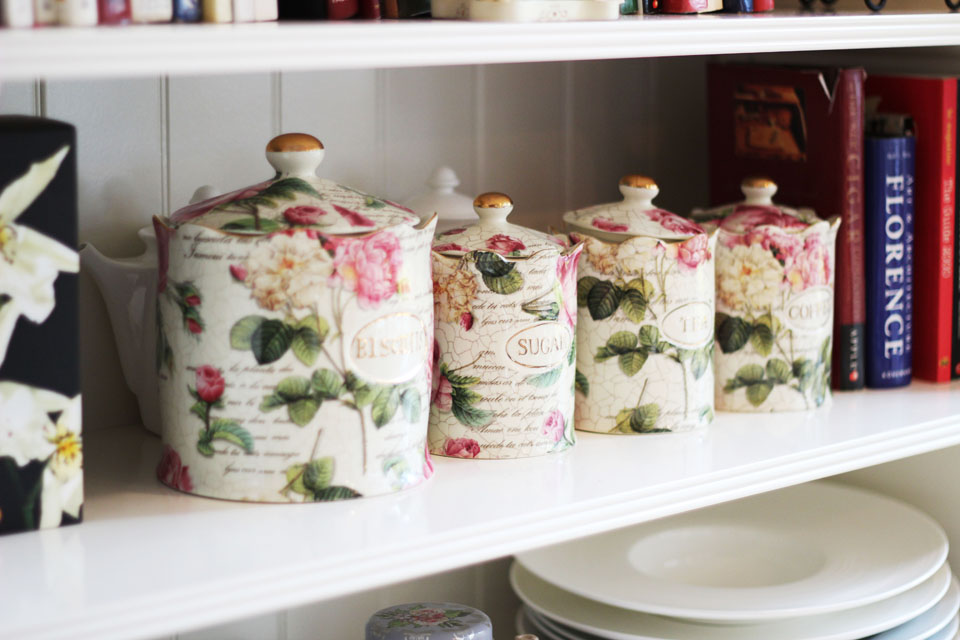 A white cupboard with some lovely floral prints containers and random books that maybe just ornamental but whatever, they really make the whole atmosphere rather cultural and artistic, and you can see some little lovely lighting decorations, which make me feel very relaxed and released, just like you’re somewhere in the British countryside on a sunny Sunday afternoon. 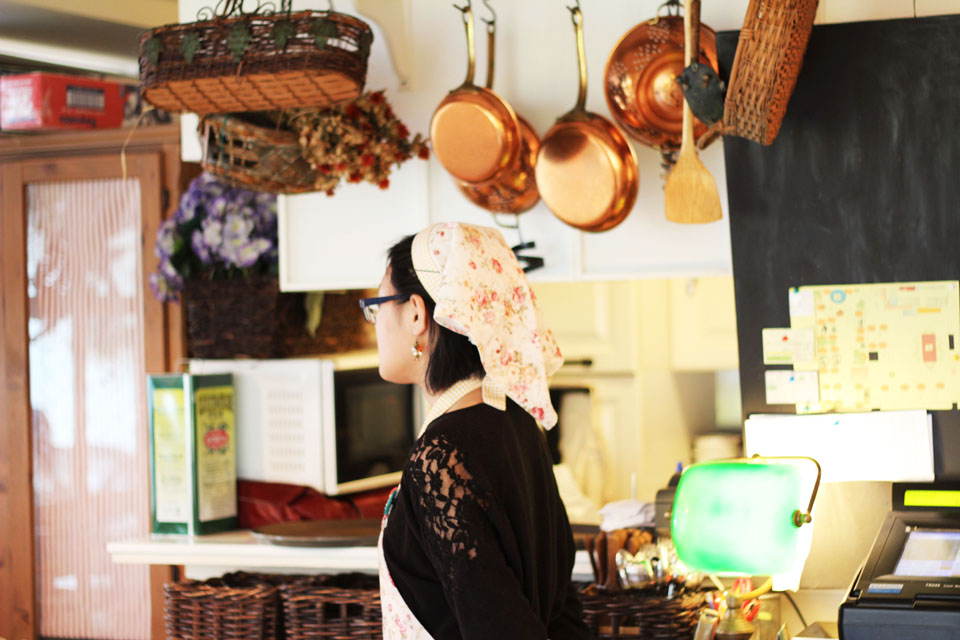 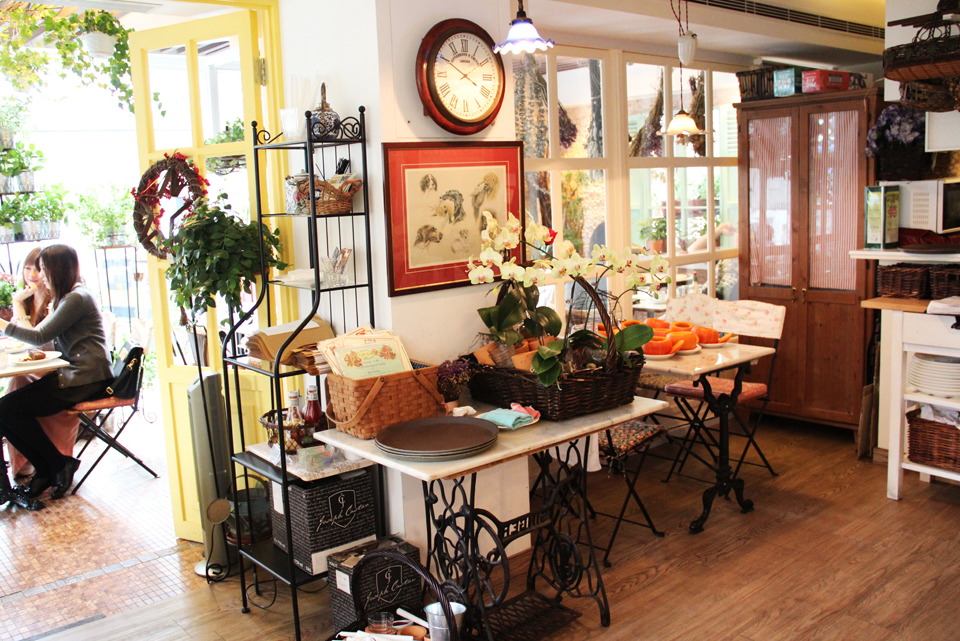 The afternoon was serene. Maybe because I went there around 3pm, just between normal lunch hour and high tea time. Thankfully, no one was sitting inside the restaurant, and only a few people were sitting in the garden which was seem and enchanted grove, so after I snapped some pictures I straightway went into the garden directly and chose a seat which had a better view of the whole café. 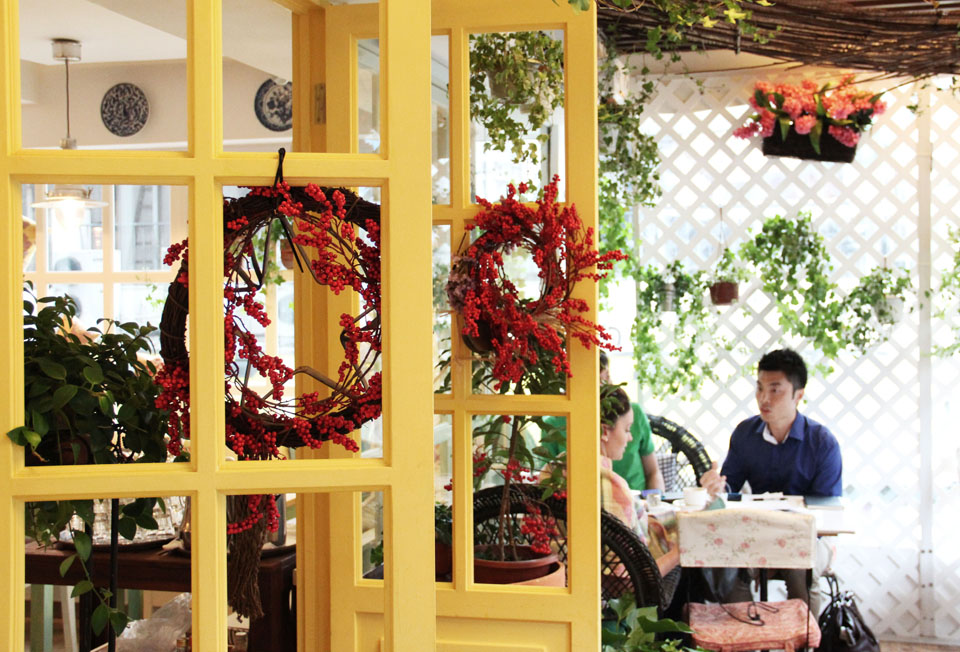 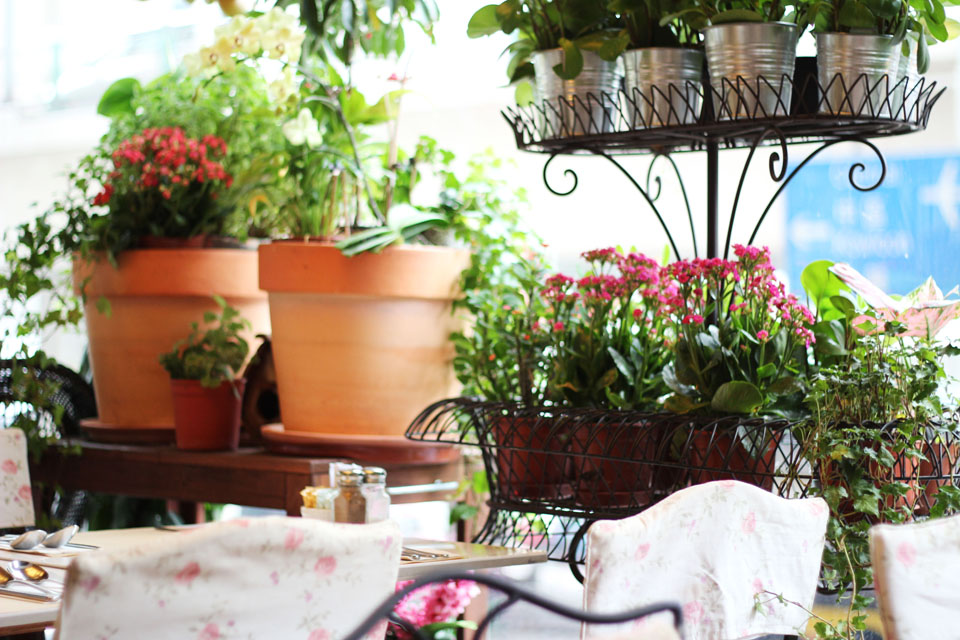 The garden is fully planted with flowers, and the French windows, which give you a spectacular view and extensity allow you to look onto the street; you see people and vehicles scuttling between streets and imagine how discordant and suffocating the toxic air is out there, yet inside you only hear the hushed voices of a handful of people who are sipping their cups of tea and enjoying a bit of refined company. So now I know why the garden is more popular. 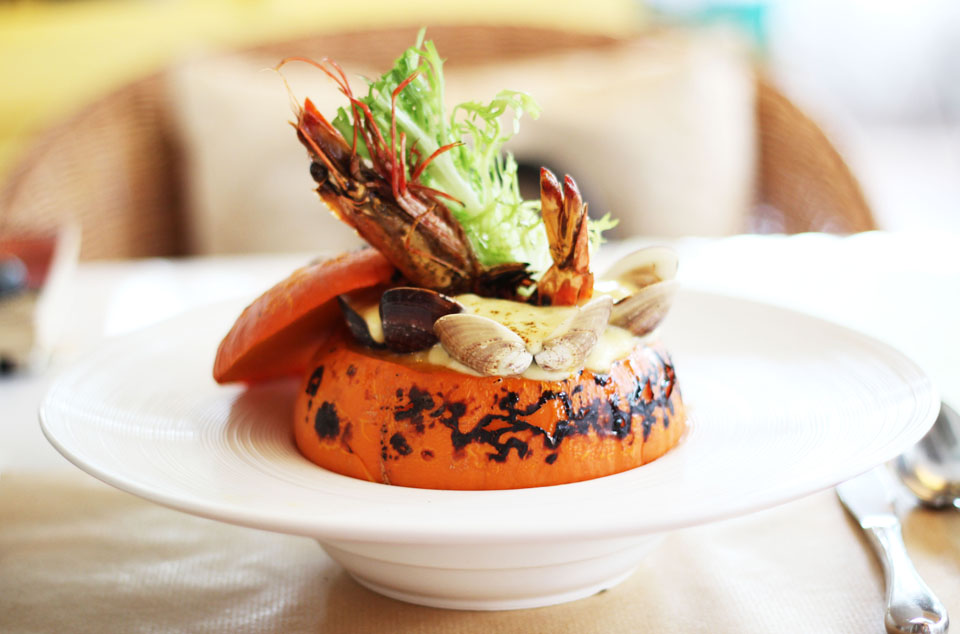 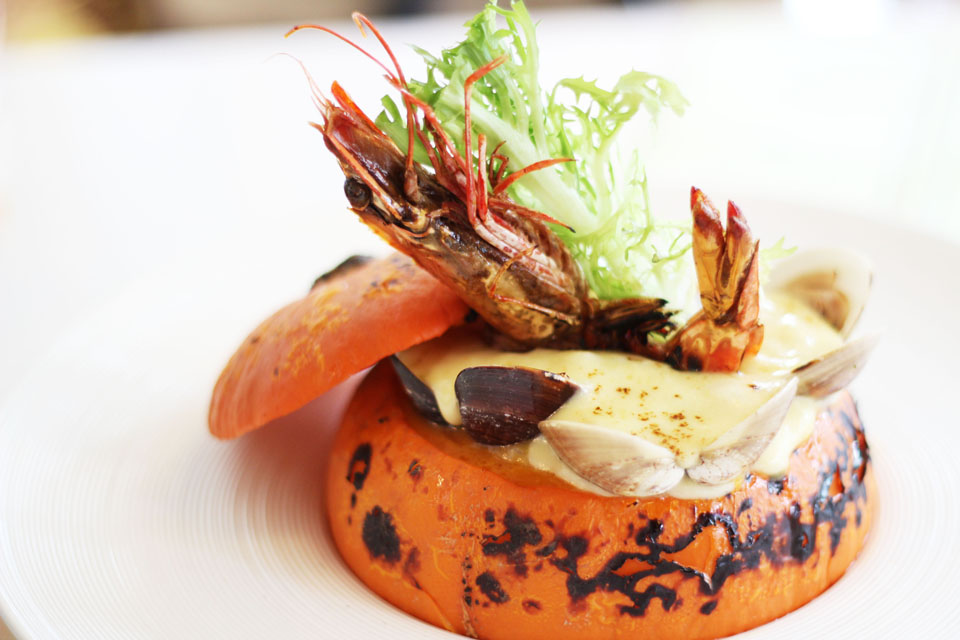 Seafood Pumpkin Risotto (Chef’s special set HK$169) is the famous dish in the restaurant. The dish looked great but it didn’t taste as great as I expected – the prawn was a bit over burnt, which made me unable to taste other ingredients. But it was still a good choice 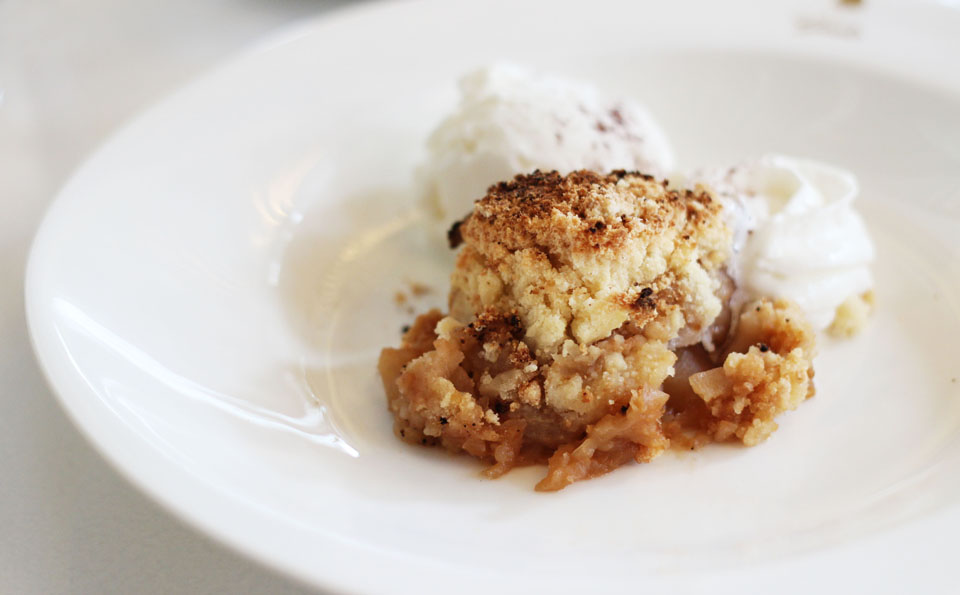 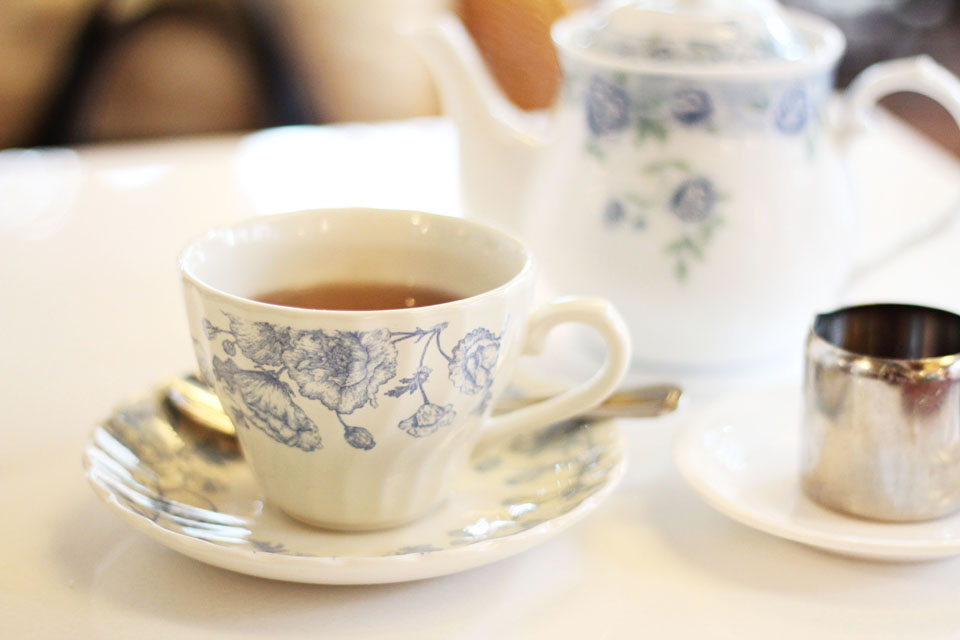 I’m a dessert person and as you know desserts are the grand finale for a meal, so I have to try the Apple Crumble (set lunch plus HK$36) which is strongly recommended by other patrons on the Internet even though I felt so stuffed after having the Risotto. So I had a try the Apple Crumble with a pot of nice rose tea. After, I became certain this graceful and humble British country style café is ideal for having long chats with friends over a cup of tea and some desserts. 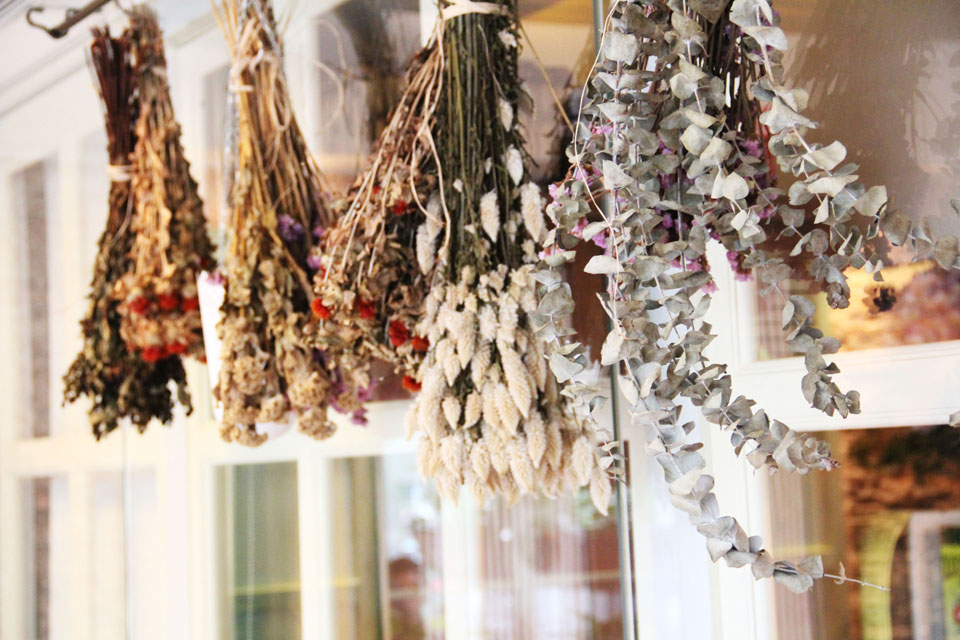 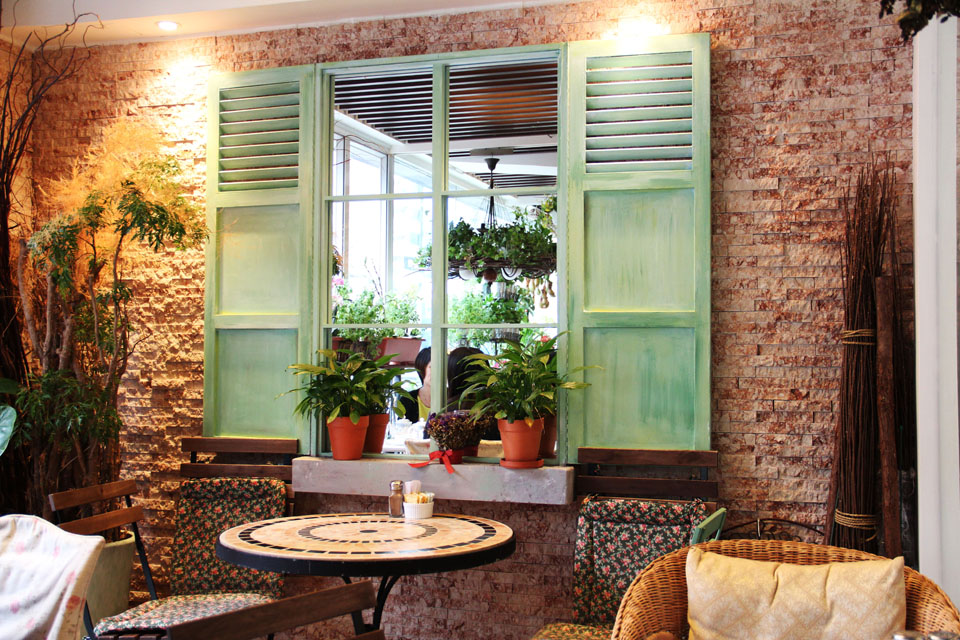 Overall, Café Eos Club is a good place for meetings and gabbing, as it’s really difficult to find such a quiet place in Hong Kong. The appeal is in the removed ambiance.